MERSING: A 31-year-old woman was killed while three others, including a nine-year-old girl, were injured in a road accident at KM11 Jalan Mersing-Endau here.

"We deployed a total of seven personnel to the location. Upon arrival, there was a family of four trapped inside one car and another in the other vehicle.

The deceased, Nurul Qurratu Aini Abd Razak, was pronounced dead at the scene by the medical team and her remains were taken to Hospital Mersing for a post-mortem examination.

The injured victims are also being treated at Hospital Mersing.

Mersing OCPD Supt Cyril Edward Nuing said the family was heading to Johor Baru from Kelantan when their vehicle collided with the other car coming from the opposite direction.

The case is being investigated under section 41(1) of the Road Transport Act 1987.

Training for tour guides in Mersing 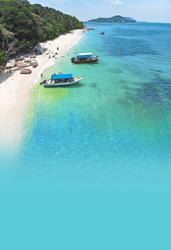 Towards a sustainable Mersing

At least 7 killed in road accident in south Ghana