The order will take effect from tomorrow until March 31.

Comptroller of the Royal Household of Istana Negara Datuk Ahmad Fadil Shamsuddin said His Majesty said that the people should face the situation calmly to help the government and the relevant authorities tackle the situation effectively.

"His Majesty urges the people not to take the movement control lightly. The people were also asked to follow the guidelines and preventive measures issued by the Health Ministry because this is our mutual responsibility to ensure the safety and well-being of our families, our communities and our beloved country, ” he said in a statement issued by Istana Negara Tuesday.

He said Al-Sultan Abdullah also viewed seriously the rising number of positive Covid-19 cases in Malaysia, which was recorded at 553 Tuesday and had placed his full trust in the government and the authorities to discharge their duties in containing the spread of the disease.

Ahmad Fadil said His Majesty was aware that the people might feel that the action taken by the Perikatan Nasional government had made it difficult for them to go about their daily activities.

"However, we must try to understand and be patient because the government cannot wait for the situation to become more critical to take drastic action.

"As the Head of State, His Majesty also called on all Malaysians, regardless of race and religion, to stay united and play their parts to help the government in containing the spread of Covid-19 in the country.

"His Majesty believes that with the strong spirit, concern and cooperation from the people, we will be able to contain the spread of the disease quickly and effectively, ” he said.

Ahmad Fadil said Al-Sultan Abdullah also decreed all Malaysians to refer to the Online Health Advisory Service or the National Crisis Preparedness and Response Centre (CPRC) via the Health Ministry's website to find the answers to all their doubts and questions so as to prevent the spread of fake news and false information that may cause panic and confusion among themselves.

The Yang di-Pertuan Agong also expressed appreciation and thanks to the government under the leadership of Muhyiddin, government agencies and most of all to the unsung heroes, the medical staff and healthcare personnel, the civil servants and all the others who have sacrificed their time and energy in ensuring that all preventive measures and control of the infectious disease were being implemented efficiently.

"His Majesty also called on all Muslims to join him to pray to Allah SWT so that all our efforts be blessed and so that the Covid-19 situation can be tackled and put to end as soon as possible. InsyaAllah, ” he said. - Bernama 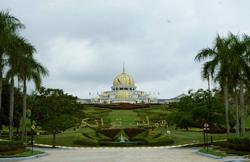 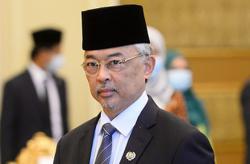 King warns politicians not to drag nation into uncertainty