GEORGE TOWN: Four local women aged between 21 and 36, who were physically and sexually abused since March 2018, were rescued from a luxury home here in Batu Maung after two of them escaped and lodged a police report on Jan 30 this year.

Balik Pulau OCPD Supt A. Anbalagan said nineteen people, 10 men and nine women, have since been arrested in connection with the case and nine accused will be brought to court on Tuesday (March 17).

The suspects arrested were between ages 22 to 40.

He said nine accused will be charged under Section 12 of the Anti-Trafficking in Persons and Anti-Smuggling of Migrants (Atipsom) Act 2007.

Supt Anbalagan said since March 2018, the syndicate has been deceiving victims by approaching them and offering them jobs at a grocery store in Batu Maung.

“The victims were also physically and sexually abused during their time there, ” he said.

He said since May last year, the 36-year-old victim was also sexually exploited as she was forced into prostitution at George Town, Melaka and Johor Baru without any payment.

“Another victim, 24, was also forced into prostitution without payment in Johor Bahru.

He said several cars were also seized in connection with the case. 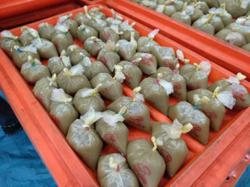 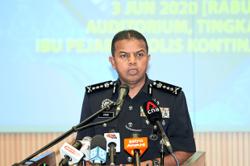