A pleasant surprise, says Ongkili of his ministerial appointment

The Parti Bersatu Sabah president said there was no indication or call from the Prime Minister that he (Ongkili) was being considered for the post of Minister in charge of Sabah and Sarawak Affairs under the Prime Minister's Department.

"You have to ask Muhyiddin that," he said when asked on Tuesday (March 10) about his inclusion in the Cabinet even though his party decided not to join Perikatan Nasional but only agreed to support Muhyiddin.

"He (Muhyiddin) didn't say anything. About four days ago, his office asked for my CV and copy of MyKad. Yes, it was a pleasant surprise.

"But as we say in PBS, walk straight, be ready to serve the nation, state and party always," Ongkili said, adding that PBS' position in relation to the Federal Government was similar to that of Sarawak's Gabungan Parti Sarawak (GPS).

"We are in the same position as Sarawak's GPS," said Ongkili who returns to the Cabinet after the fall of Barisan Nasional government after GE14.

He had served for three terms since 2004 under two Prime Ministers and this will be his fourth term as federal minister.

"I am the only Sabahan that have served four terms as a federal minister. I believe my performance previously may have counted very much in Muhyiddin's book," the Kota Marudu MP said.

Many in Sabah are expecting the new ministry to give impetus to efforts in resolving long standing issues pertaining to federal financial commitments as well as increasing from 5% to 20% oil royalty derived from the two Borneo states.

Sarawak’s Tiong turns it down, while Sabah’s Ongkili ‘surprised’ 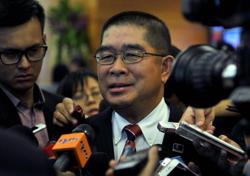 Ongkili: PBS remains independent but is friendly to Federal Govt 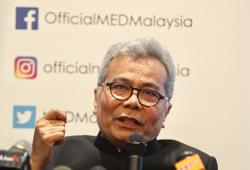