Families waiting for next MH370 search

PUTRAJAYA: Waiting is all the family members of Flight MH370 victims feel they can do as there are no confirmed plans to mount a new search for the airplane.

The next of kin of the passengers and crew who went missing on March 8 six years ago hope they will not have to wait long for search operations to be revived – even as Malaysia saw a change in government recently.

Jacquita Gonzales, whose husband Patrick Gomes was MH370’s inflight supervisor, said she hoped the work by the previous administration could be carried on by the new government.

“Hopefully, the previous administration will give the new government everything they have and explain to them what they have done so far and carry on, not starting from chapter one all over again.

“We have been hoping that the search will start again to find the plane, ” she said at the MH370 annual remembrance event yesterday.

On claims by former Australian prime minister Tony Abbott that Malaysia had viewed the incident as a murder-suicide, Gonzales questioned why he was only making the statement now.

“Why didn’t he make the statement when he was the prime minister with the authority to do something?” she said.

In 2014, MH370 was on its way from Kuala Lumpur to Beijing, with 239 people on board, when it disappeared from radar.

Investigators deduced that the aircraft had veered thousands of kilometres off-course before plunging into the Indian Ocean.

Grace Nathan, whose mother Anne Daisy was a passenger on the flight, urged the authorities to be open to any offer of a “no find, no fee” search by companies like Ocean Infinity.

“We hope the new government will be serious about continuing the search for MH370. We believe there is no reason for the Malaysian government to turn down a ‘no find, no fee’ offer because we have nothing to lose.

“The search for MH370 will not just benefit the Malaysian government or the people of Malaysia but it stands to benefit the entire flight industry and flying public, ” said Grace, one of the leaders of the Voice 370 support group.

An earlier search led by Australia in the Indian Ocean had failed to locate the missing plane, causing it to be ended in January 2017.

US exploration firm Ocean Infinity resumed the search in 2018 on a “no find, no fee” basis but was also unsuccessful.

Intan Maizura Othaman said she would tell stories about her husband, crew member Mohd Hazrin Hasnan, to her two young children, one of whom she was still pregnant with when he boarded the flight.

“It has been a roller-coaster ride for them because they are just children and they are clueless as to what happened. I would tell them about their father’s job, what he did. And with videos and pictures – that helps me feed them information about their father, ” she said.

Giant telescope to kick off search for alien life 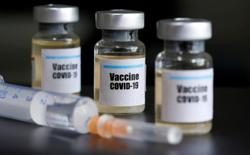 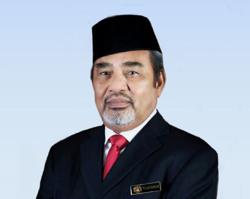