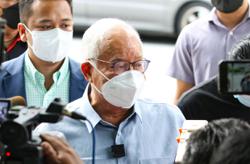 He said the government would study laws for offences related to drugs because some quarters claimed that the punishment imposed on offenders was too harsh.

"We will study them because the existing laws are very harsh, that is for anyone found (guilty of) possessing a certain amount of drugs, the sentence that can be imposed is death penalty.

"Many are of the opinion that it (penalty) is not effective because there are still people seeking ill-gotten gains from drug trafficking.

"(The government) will study whether this allegation is true or not, and if we find there are other ways in law to combat drug abuse or trafficking, we will amend the laws, ” he told the press after launching the National Anti-Drugs Month here on Tuesday (Feb 18).

Dr Mahathir said while drug addicts were not considered criminals, drug abuse was a bad thing which would harm not only the users but also society and the country.

In his speech, he said it was time for the government to assess and review all laws related to drug abuse and trafficking in accordance with changing times.

"The trend of drug abuse has changed...from conventional plant-based drugs like ganja, morphine and heroin it has now moved to synthetic drugs that are more harmful.

"It is worrying that there is an increase in demand for synthetic drugs like methamphetamine and that new psychoactive substances (NPS) have emerged in the Asian market. Even more worrying is the emergence now of hundreds of NPS throughout the world,” Dr Mahathir said.

He said statistics showed that there were 130,788 abusers and addicts of drugs and prohibited substances in the country in 2018.

The Prime Minister said based on Malaysia’s estimated population of 32.4 million, this meant that for every 100,000 people there were 404 abusers and addicts of drugs and prohibited substances in 2018.

Dr Mahathir said the country risked facing greater danger in the future if the problem of drug abuse was not tackled in a holistic manner by all parties.

He said the government viewed the drug problem as linked to the security issue and it could also cause mental health problems to those who abused such prohibited substances.

"Drug abuse has major implications to the country. This is because we will lose productive manpower required for building the country now and in the future,” he added.

Dr Mahathir said AADK as the lead agency for combating drug abuse should prioritise education on prevention so that the community would have deep knowledge and awareness on this matter to be directly involved in such efforts in a comprehensive manner.

"Enforcement measures and drug rehabilitation treatment by the authorities should consider the current changes so that the efforts to combat it would be more organised and effective,” he added.

He said those involved should understand the principle and approaches for effective treatment and rehabilitation, including the fact that there was no one single type of treatment suitable for everyone.

"I would like to suggest to the private sector that efforts to combat abuse of drugs and (prohibited) substances be made part of corporate social responsibility programmes.

"The time has come for all of us to take the responsibility to join forces to combat the drug abuse problem in our country,” he said.- Bernama 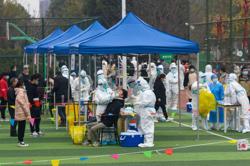