A file picture dated May 6,2010 of Kahar (left) training with the 'wooden man' dummy as his sifu, the late Yip Fook Choy, looks on. – ONG SOON HIN/The Star

KUALA LUMPUR (Bernama): Long before the Ip Man series of movies was filmed, an 18-year-old school-leaver in Kuala Lumpur named Kahar Saidun was immersing himself in martial arts training.

Back then in 1991, Kahar was already learning a modified version of Wing Chun – known as Yip Kin Wing Chun – from sifu Yip Fook Choy.

Incidentally, Fook Choy's grandfather, Yip Kin, was a nephew of the famous Wing Chun grandmaster Yip Man of Hong Kong, on whom the Ip Man series is based.

Kahar, now 48, is one of only three Yip Kin Wing Chun master instructors in Malaysia. Currently, he teaches the martial art to about 100 students at four centres he owns – three in Kuala Lumpur and one in Petaling Jaya.

Wing Chun is a Chinese martial art which origin can be traced to southern China, some 300 years ago. Legend is that it was created by a Buddhist nun who was a Shaolin kung fu master.

The Wing Chun style of kung fu was only taught to a few dedicated students in the early years and it only gained popularity after Yip Man began to teach it openly in China and Hong Kong in 1949.

Kahar, who is also a business consultant and motivational expert, told Bernama it was his late father Saidun Jasmon, a Javanese silat practitioner, who encouraged him to take up Wing Chun.

"Initially, I just wanted to learn and practice martial arts that reflected the Malay identity but my father wanted me to learn Chinese martial arts as well because he himself had learnt the Shaolin 18 Lohan Hands kung fu," he said, adding that after he made the decision to learn Wing Chun, he searched through the pages of a telephone directory to look for a master.

Finding a suitable master was not easy for Kahar because most were reluctant to teach Wing Chun to other besides their own family members.

"But I didn't give up. I searched high and low for a master in the Klang Valley and finally met sifu Yip Fook Choy, who was willing to accept me as his student at his centre in Pudu in 1991," he said.

Fook Choy, who passed away last year at the age of 83, had about 20 students then and Kahar, as well as an Indian boy, were the only non-Chinese among them.

"My sifu was open-minded when it came to teaching Wing Chun although he conducted his classes mostly in Cantonese and could only speak colloquial Malay.

"But it was not a problem for me because Wing Chun mainly comprises movements. Along the way, I also managed to pick up some Cantonese," said Kahar.

During his first three months as a student of Fook Choy, Kahar only learnt and practised the most basic steps – the footwork and stances.

"I was told to practise the steps repeatedly until the sifu was satisfied. Only after three months was he satisfied and began to teach me the next movement.

"Only then did I realise that in order to master Wing Chun, one must master the most basic steps first – and this called for perseverance," he said, adding that learning the art also tested one's endurance, patience and psychological well-being.

In 1998, when Kahar was pursuing his higher studies in mechanical engineering in the United Kingdom, he met Michael Steven Yates, who practised the Wing Chun kung fu popularised by Yip Man.

"The Yip Kin Wing Chun that I had learnt was a bit different from Yip Man's Wing Chun. And I had the opportunity to learn some new styles and techniques from sifu Mick (Michael)," said Kahar.

While in the UK, he was also invited to join the underground fighting society.

"Using my Wing Chun techniques, I defeated my opponents at the kung fu matches organised by the society... all that bloated my ego a bit."

When he returned to Malaysia after his studies, Kahar excitedly informed his sifu Fook Choy about his victories but the master remained silent.

"He just came towards me and flipped my body using only one hand and I fell face down. I was startled and immediately regretted being egoistic.

"That was the day I realised that the art of self-defence is not about looking for someone to fight with but about being humble at all times," he said.

To attract more youngsters to take up Yip Kin Wing Chun – which has a 100-year-old history – and keep the heritage alive in Malaysia, Kahar said he had to include creative approaches in the syllabus without changing the original teaching style.

"Many people think that Wing Chun is a very challenging martial art. Not many know that it is a simple form of kung fu and can be learnt by all segments of society," he said.

He said one can become healthier by practising Wing Chun as it improves one's breathing technique which, in turn, improves blood circulation and prevents hypertension and stroke.

Interestingly, Kahar's Wing Chun master also taught him to perform the lion dance. Fook Choy had learnt the art from his grandfather Yip Kin who migrated to Malaya from Guangdong, China, in 1918.

"Yip Kin was among the 'teachers' who created the movements for the lion dance in Malaysia," he said, adding that his sifu would invite his students to perform the lion dance during the Chinese New Year and at other events.

Kahar said he was grief-stricken when his sifu Fook Choy and his father Saidun passed away last year.

"I lost the two fathers I loved a lot in the space of a year. They were responsible for who I am today.

"They are the ones who sparked in me the desire to perpetuate this unique art of self-defence and I can't thank them enough for their sacrifices in martial arts.

"I promised myself I'll help to keep this heritage alive for the younger generation," he added. – Bernama 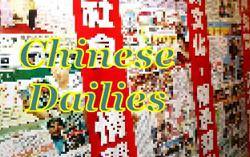 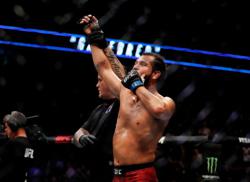 "Fight Island" opens with three UFC titles up for grabs