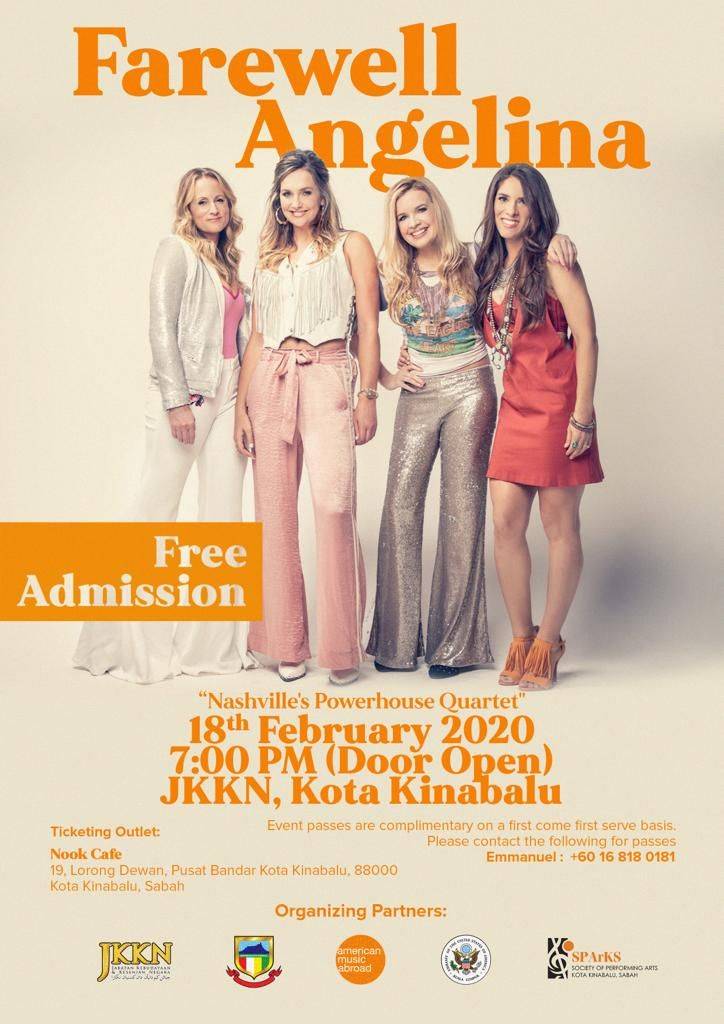 KOTA KINABALU: The all-female country-music band from the United States, Farewell Angelina is coming to Sabah later this month for a variety of events.

The US embassy in Kuala Lumpur said that among the highlights is the four powerhouse vocalists’ performance with Sabahan artist Ora Della on Tuesday (Feb 18).

The event will be held at the Sabah JKKN (National Culture and Arts Department) Complex at the state capital at 7pm, the embassy said in a statement on Friday (Feb 14).

They are known as successful songwriters and multi-instrumentalists in their own right.

The band’s visit to Sabah is part of the embassy’s American Music Abroad Program (AMA), where the program communicates the musical traditions of the US by fostering cross-cultural communication and people-to-people connections worldwide through the universal appeal of music.

AMA focuses on younger and under-served audiences who do not often have access to live American performances.

Farewell Angelina are arriving on Sunday (Feb 16) and are also slated to participate in the city’s annual Kota Kinabalu Day celebration and perform at KK High School on Monday (Feb 17).

They will then travel to Keningau on Tuesday to perform at SMK Keningau before the public concert that night.

The band will then depart to Kuching, Sarawak on Feb 19 to proceed with other programmes.