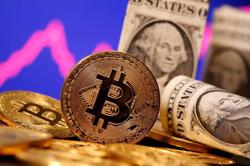 REMBAU (Bernama): The driver of a Perodua Myvi car in a viral video showing a two-year-old boy who was thrown out of a car and landed in the fast lane of the south-bound PLUS North-South Expressway is in remand for three days from Wednesday (Feb 12) to facilitate investigations.

The man, clad in T-shirt and black shorts, arrived at the court accompanied by a few policemen. He would be in remand until Feb 14.

Yesterday, a 59-second video recording of the incident via a dashboard camera went viral on social media.

The incident took place about 3.20pm at KM235.5 of th highway near Senawang.

The boy was travelling with his family in a car when he was thrown out of the vehicle after the driver lost control of the wheel while trying to avoid colliding with another car that was being driven in a dangerous manner.

The X-Ray conducted on him showed there was no internal injury, she told reporters, adding that the state government would provide financial contributions and a child restraint seat (CSR) for his family.

"The incident clearly shows the importance of using a child seat... it is also hoped that with this incident, the public will comply with the regulations on the use of CSR for children, ” she added.

Meanwhile, the boy’s father, K. Satthiaseelan, 33, said he was driving on the right lane of the expressway when, through his rear-view mirror, he saw a Honda Jazz flashing its high beam, with a Perodua Myvi trailing closely behind it.

"When I wanted to give way, a Perodua Myvi suddenly came from the left lane and cut across to the right lane, hitting the left rear side of my car in doing so, and the impact caused me to ram into the divider.

Satthiaseelan, a furniture factory worker who resides in Taman Cempaka, Rantau, thanked all quarters for their assistance in the incident, especially the lorry driver, who stopped his vehicle and then went to resdcue his son, Tisshaaanth. - Bernama

Toddler flung out of vehicle during highway crash, survives with injuries 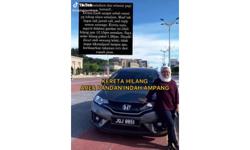