PETALING JAYA: Malaysia should issue a travel advisory to assure that the country is safe and ample measures have been taken to handle the Wuhan novel coronavirus (2019-nCoV) crisis, says the Malaysian Association of Tour and Travel Agents (MATTA).

“Other countries have issued travel advisories. If not, due to negative perception, we are receiving cancellations from other markets.

“Sadly, we are slow to react. MATTA has to come out with its own travel advisory at this point in time,” he said when contacted.

Tan said there had already been cancellation by tourist groups from Turkey and the Middle East.

“Personally (I) have received cancellation of approximately three groups, size of 30-40 passengers, from this month until June,” said Tan.

Tan, however, commended the measures taken thus far by the government, especially the Health Ministry in handling the 2019-nCoV situation.

He also said that MATTA would continue to be guided by the decisions of the Prime Minister and the Health Ministry (MOH).

Tan said health matters should be left to the health experts and authorities such as MOH, and their roles should not be usurped.

MATTA, said Tan, had also started engaging with state and national tourism stakeholders to address the novel coronavirus issue by looking into alternative markets such as domestic, Asean and India to cover the shortfall of tourists from China and its impact on other tourism components.

“Malaysia is safe but this needs to be translated into measures taken by the government to counter negative perception,” he added.

Malaysian Association of Hotels (MAH) chief executive officer Yap Lip Seng said there was no need to stop Chinese tourists from coming into Malaysia, such as what was being done by some countries.

“We need to understand that the move to stop anyone from coming into the country is to prevent the spread of diseases, and current policies in place in China as well as those in our country are sufficient and effective in preventing the virus’ spread, hence there is no need to bar Chinese tourists.

“We are confident that Malaysia is safe for tourism, and the government has done an excellent job in containing the disease,” said Yap.

Yap added that the industry also proposed a #MalaysiaIsSafe campaign to encourage tourism, both from domestic and international sectors.

Meanwhile in Putrajaya, the Tourism, Arts and Culture Ministry said it would restructure its Visit Malaysia 2020 promotion plans to focus on other markets besides China.

Minister Datuk Mohamaddin Ketapi said they made the move as the Malaysian tourism industry grappled with the effects of the 2019-nCoV crisis.

“The crisis caused by the novel coronavirus has drastically affected the number of tourist arrivals from China.

“This has raised concerns, particularly from those in the tourism industry.

“We will formulate several short- term plans and ‘quick win’ strategies to address the situation,” he told a press conference yesterday.

The minister said they would be looking at alternative countries to ramp up promotional efforts there.

Earlier, he chaired the first meeting of the Tourism Recovery Action Committee, which was set up for government agencies and tourism industry players to discuss ways to manage the situation caused by the 2019-nCoV epidemic.

He added that the government’s target of 30 million foreign tourist arrivals and RM100bil receipts for the Visit Malaysia 2020 campaign would remain.

“We will also be visiting Asean countries to attract more tourists, as well as increase our promotions for the domestic market.

“Malaysians actually enjoy holidaying in the country, so we want to get them to go for ‘Cuti-Cuti Malaysia’ throughout the campaign period.

“The toll charges have also been reduced by the government, so there is all the more reason to travel within the country,” he said.

Mohamaddin said several town hall sessions would be held with tourism industry players in Sabah, Penang and Johor next week to discuss the current situation.

“We want to gather input and feedback of industry players to help the government in finding solutions to address this issue,” he said.

So far, Malaysia has banned flights from Hubei, China, and temporarily suspended the issuance of visa to citizens from the province.

Singapore has become the first South-East Asian country to close its border to all new visitors from mainland China, including foreigners who have been there within the past 14 days.

A total of 46 foreign airlines have so far suspended flights to and from China due to the spread of the novel coronavirus.

Not all China visitors barred

Envoy: Not all Chinese in China eat exotic wildlife meat

‘We’ll keep an eye on Malaysians in China’ 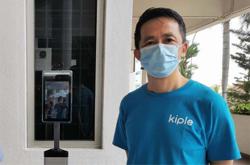