MELAKA (Bernama): The state government is looking for new water sources to meet local demand in the midst of the current hot and dry weather.

Chief Minister Adly Zahari said this includes using raw water from Sungai Linggi in Alor Gajah near here, and a thorough study of it is currently being conducted with the Melaka Water Regulatory Body (BKSA).

“Right now, water from Sungai Linggi is just flowing out to sea and it is not being utilised, so it is better that we use it to meet the needs of the people, ” he said.

At the same time, Adly said, the state government was also working with neighbouring states Negri Sembilan and Johor to get a supply of treated water.

“We will work with the other states, not depending on them, but we will help each other, ” he said.

He also advised the public to make early preparations by storing sufficient water for the water rationing next Wednesday (Jan 29).

“Those affected should also reduce their daily water consumption especially during the rationing, ” he said.

On Thursday, Adly said Melaka would implement water rationing beginning Jan 29, which will affect 550,673 domestic consumers who comprise 62.8% of the state’s population.

Adly said the water rationing would ensure there was sufficient water during the hot and dry weather in the second phase of the Northeast Monsoon which is expected to end in March.

However, hospitals, industrial areas and tourist sites will not be affected. – Bernama 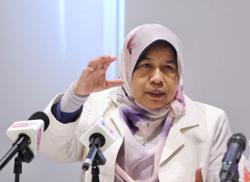 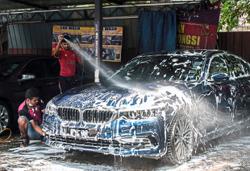 States on alert for water pollution