Malaysian production in the running for an Oscar

St Louis Superman, directed by Smriti Mundhra and Sami Khan, chronicles the journey of Bruce Franks Jr, an activist and rapper who ran for the Missouri House of Representatives in 2016 and won.

He was inspired to enter politics after the shooting of an unarmed African-American teenager, Michael Brown Jr, by a white police officer in 2014 in Ferguson, Missouri, near where Franks Jr lived.

St Louis Superman is up against nominees such as In The Absence, Learning To Skateboard In A Warzone (If You’re A Girl), Life Overtakes Me and Walk Run Cha-Cha.

The Academy Awards takes place in Los Angeles on Feb 9.

Penang-born Teng said her Oscar journey would not be possible without the support of Malaysia’s annual documentary film festival FreedomFilmFest (FFF) and its organiser Pusat Komas, a human rights organisation.

With their help, she directed and produced her first documentary in 2008, Pecah Lobang, which explores the life of transgender women in Malaysia.

“So much of the credit goes to (organisers) Anna Har and Brenda Danker from FFF and Pusat Komas, ” said Teng, 35.

“They believed in the story and provided the funds and editorial support at a time when most funders in Malaysia shied away from what they deemed as too controversial for the public, ” said Teng, who currently works as a commissioner and senior producer for Al Jazeera in Washington, D.C.

Since then, she has gone on to earn an Emmy nomination in 2016 for Outstanding Interview for the documentary, Flirting With The Islamic State, besides the recent Oscar nod.

During her teens, Teng was a part of The Star’s young journalist programme, BRATs.

Meanwhile, Tan, a Kuching-native based in Los Angeles, said there was a lot of untapped potential in Malaysia’s documentary scene.

“I think there are still so many Malaysian stories that are waiting to be told and I’m dying to see it from the perspective of the Malaysian people, ” said the 25-year-old.

“It’s important for us to start telling our own stories and to support other filmmakers who are telling the stories of the marginalised, discriminated and oppressed.” 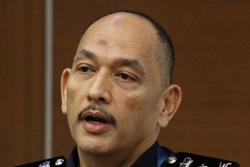