Bukit Aman Management Department director Comm Datuk Abdul Rahim Jaafar (pic) said the initiative was a collaboration between the Health Ministry and police to ensure detainees get health screenings prior to being sent to jail or lock-ups.

"The move is in line with Rule 10 of the Lock-Up Rules 1953, which states that medical officers must check each detainee to the best of their abilities and verify that the individual is fit to be detained," he told reporters at Bukit Aman on Monday (Jan 13).

"The move is also in line with the practices under the Independent Police Complaints and Misconduct Commission.

"There were cases of custodial deaths, and many baseless allegations were hurled at the police claiming of torture and beatings.

"With the CMUs, we will determine if the detainee has a prior medical condition and is in need of proper medical attention," he said. 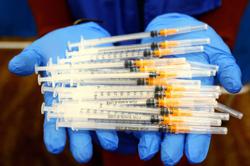