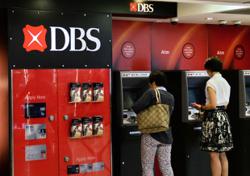 PETALING JAYA: As the digital tax starts on Wednesday, consumers in Malaysia could be facing an increase of prices for a number of overseas-based digital services.

For instance, a college student who buys a RM260 computer software online may have to pay an extra RM15 in digital tax.

And an entertainment streaming subscription of RM40 a month may cost another RM28 a year as the digital tax comes into effect on Jan 1.

The digital tax was announced during Budget 2019, which outlined that a 6% service tax would be imposed on foreign digital services – including software, music, video and digital advertising – effective Jan 1,2020.

A Customs Department spokesman said at least 126 foreign digital service providers had registered for the tax in Malaysia as of Dec 20.

Some of the companies that registered included Netflix, Spotify, Google and Airbnb, he said.

“As of now, we do not know how many foreign companies are eligible, so the implementation of the tax will be based on the soft approach. “This means we will provide notices inviting such companies to register for the tax, should the company reach the threshold, ” the spokesman said in a message.

He said that the tax collected from the companies would then be remitted to the Customs Department.Economist Prof Dr Yeah Kim Leng said the digital tax would “level the playing field” between local and foreign digital service companies.

“Digital players based in Malaysia are already paying or collecting the 6% Sales and Services Tax (SST) from customers.

“With the digital tax kicking in next year, foreign service providers will be covered. Some players like Airbnb are already implementing the tax for the government, ” he said.Brynner Chiam, director at tax advisory company Axcelasia Taxand, however, said the impact was not likely to be significant.

“This is because Malaysian households tend to spend less on digital services in comparison to tangible goods.

“Another factor is that the adoption of e-commerce among Malaysian consumers is relatively low at 51.2%, ” he said, referring to a 2018 survey by the Malaysian Communications and Multimedia Commission.

The digital tax legislation, which was gazetted in July this year, will affect overseas-based companies which offer digital services, including online licensing of software, mobile applications and video games, online platforms which sell products and services and digital content services.

Under the new law, tax defaulters can face a fine of up to RM50,000 and/or imprisonment of up to three years if found guilty.

Facebook also said it would be charging the 6% digital tax for its advertisements in Malaysia, while PlayStation Store said it would apply the tax on purchasable items and subscriptions on their platform. Other companies, such as Netflix and Spotify, have yet to announce whether they will absorb the tax or charge it to their users.

Foreign companies who provide digital services have been allowed to register with the Customs Department from Oct 1.

Registration for foreign service providers is mandatory if its annual turnover from digital services exceeds RM500,000.

Other countries which also impose the digital service tax include Australia (10%), Norway (25%) and South Korea (10%).