BUTTERWORTH: A 42-year-old woman has been remanded for four days to assist police investigations into an alleged sexual act with a man at the toilet of a temple here.

This came about after police received a report from the temple chairman. The remand order started from yesterday.

“The closed-circuit television (CCTV) camera recording also revealed that three other men were on the premises, with one of them believed to have recorded the act.

“We are looking for all of them, including the man in the sexual act,” said North Seberang Prai OCPD Asst Comm Noorzainy Mohd Noor yesterday.

“Initial investigation revealed the woman had committed the indecency with a man in his 40s at the toilet,” he added.

A 59-second video showing a couple allegedly involved in the sexual act has since gone viral in cyberspace.

ACP Noorzainy said the woman tested positive for drugs, adding that the case was being investigated under Section 294(a) of the Penal Code for committing any obscene act in public and under Section 233 of the Multimedia Communication Act for distributing prohibited content. 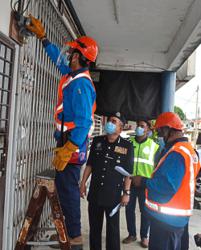 Game over with power cut at covert gambling dens

Eleven men compounded RM1,000 each for playing football during MCO 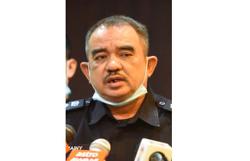