KUCHING: Retired Federal Court judge Tan Sri Sulong Matjeraie is donating his robes from a 15-year career in the judiciary to the Sarawak Museum.

Sulong, 72, was the first Sarawakian to be appointed as a Federal Court judge in 2012, before retiring the following year.

He entered the judiciary as a judicial commissioner in Johor Baru in 1998 and served as a High Court judge in Kota Kinabalu two years later.

"Seven years after that, I was elevated to the Court of Appeal and then to the Federal Court," he said when presenting the robes to state Tourism, Arts and Culture Minister Datuk Abdul Karim Rahman Hamzah here on Thursday (Dec 12).

Before becoming a judge, Sulong served many years in the state civil service and also practised law.

Recalling his roots, he said he came from a poor family in Saratok and was one of nine children.

"Life was difficult when I was young. After I finished Form Five, my father said it was better for me to work so that I could help support my siblings.

"So I started work as a Sarawak administrative officer in Simunjan in 1964," he said.

In 1971 he was given the opportunity to study in London on a state government scholarship and took a Masters in law some years later.

He held various posts in the state, including general manager of the Sarawak Timber Industry Development Corporation and Bintulu Development Authority, before starting his own law firm in 1983.

"My advice to young Sarawakians is to work hard. There is no other way to achieve your dreams," he said.

Abdul Karim said Sulong's success story should be an inspiration to Sarawakians, especially those from the rural areas.

"He was appointed to the highest judicial post held by a Sarawakian so far. We are proud of his achievements in the judiciary and civil service.

"It is an honour for us to be given his judicial robes to be displayed in the Sarawak Museum," he said. 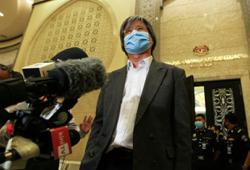 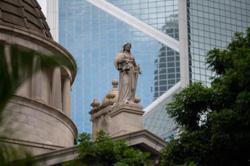 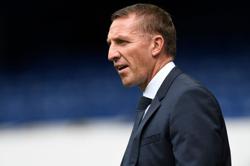 Do not judge Leicester on last four games, says Rodgers