Audit: Over 95% of Chinese and Indian tourists have no exit records

KUALA LUMPUR: There are no records of exit dates involving more than 95% of Chinese and Indian nationals visiting the country between 2016 and last year, states the Auditor-General's Report 2018.

"The audit also found that the data of some 1.26 million Chinese nationals and 295,634 Indian nationals are still being processed manually under the MyIMMs," it said. 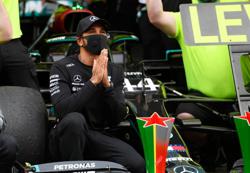