Barisan pulls off a decisive win

Jeck Seng expressed his heartfelt thanks to the people in Tanjung Piai for their overwhelming support.

“I am truly thankful.

“Although as an Opposition now, I will deliver my promises and continue serving the people here.

“I see their problems as my own. Together with the party, we will come out with new formulas to help solve problems faced by the people here, ” he said.

MCA president Datuk Seri Dr Wee Ka Siong also thanked voters for their support and said the significant majority was the result of growing unhappiness among the people towards the Pakatan government.

“This is a new game changer for MCA.

“We won in all Chinese-majority district polling centres this time around, compared to GE14 when we lost in all eight.

“People of all races came together and sent out a strong message to the government that they are sick with its frequent U-turns, flip-flops and bad performance.

“This is a clear message to the government to keep their promises, ” he said.

“The people are back with us and the increase (in support) definitely came from the Chinese, ” he said.

Johor Barisan chief Datuk Hasni Mohamad said the huge victory was a confidence booster for them to face the next general election.

The victory, he said, also meant a fresh start for Johor Barisan.

“I hope the Pakatan government will look at the by-election results and listen to the people, ” he said. 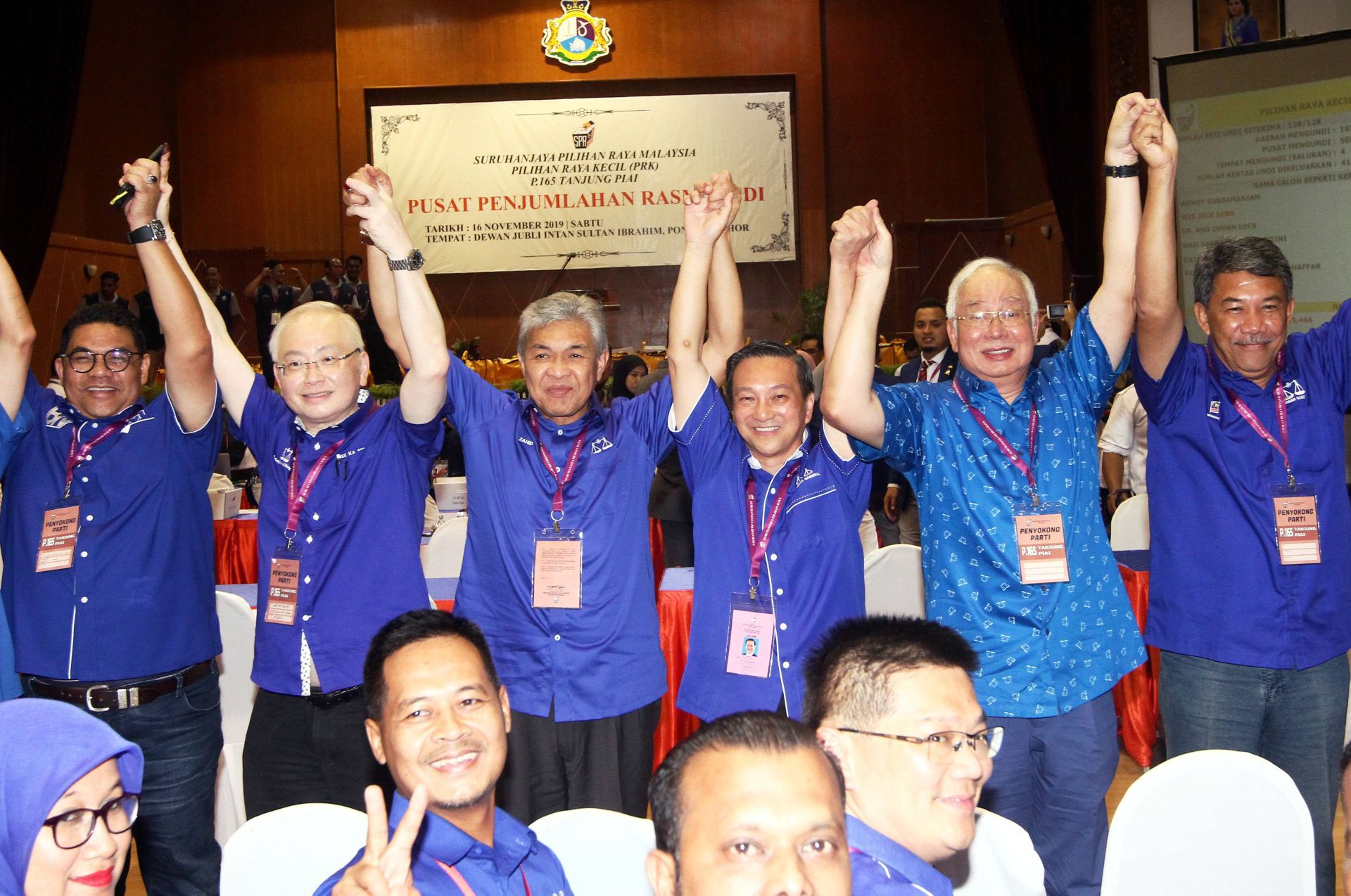 Pakatan leaders: We must take signal from voters seriously

Early birds and hawkers come out in droves

Going to vote in her bridal best

Three unable to vote due to ‘phantom voters’