TO ensure that the Shared Prosperity Vision 2030 (SPV 2030) fulfils its aim of benefiting all areas, the government is creating social indicators to measure its progress.

Eight indices will be created to serve as a barometer that will keep things in check, ensuring that development is holistic while also meeting the needs of various cultures.

This development is anchored on national identity, which has maintained the nation’s unity with positive and progressive values.

A national unity index, as well as a religious harmony index, had long been in Malaysia’s plans.

Its setting up is expected to be spearheaded by the National Unity and Integration Department under the Prime Minister’s Department.

A unity index would measure the level of unity among Malaysia’s various races, while a religious harmony index would gauge the degree of religious tolerance in the country.

An integrity and anti-corruption index would help show how far Malaysia has come in its efforts to eradicate corruption in the country.

One of the common guides used by Malaysia to measure its corruption levels is the Corruption Perception Index (CPI) published by Transparency International.

The index, he said, could serve as a reference and barometer for organisations to adopt best integrity practices and good governance.

The crime prevention index, which relies on police statistics, is used as an indicator to see if crime rates in the country have gone up or down.

In March this year, Prime Minister Tun Dr Mahathir Mohamad revealed that the crime index in 2018 had dropped by 11.9%, meaning that there was a reduction in the number of cases compared to the previous year.

However, such achievements would not mean a thing if they are not truly felt by the rakyat.

Recently, during the launch of the Security and Public Order Policy, Dr Mahathir said: “What is more important is that the reduction of crime can make the rakyat truly feel safe living in this country.”

These indices can do a lot to push the country to do more in battling crime, drug abuse, corruption, disunity and disharmony. 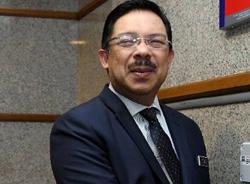