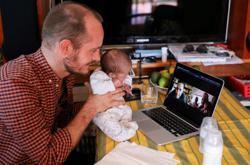 SHAH ALAM: The number of divorce cases among Muslims in Selangor is serious and worrisome.

The Selangor Syariah Court has been recording a high number of divorce cases in Malaysia for over five years, he added.

He said there were 24,063 applications for divorce from 2017 to 2018 with most of the requests to terminate marriages coming from young couples.

On reasons as to why so many marriages were breaking up in Selangor, Amiruddin said the reasons given for wanting to divorce were mostly trivial matters.

“Many of the reasons given sounded very funny but the actual fact why many couples are divorcing is due to pressure as well as third party involvement, ’’ Amirudin told a press conference after launching a seminar on Understanding Syariah Law.

The mentri besar also launched a financial aid programme for divorced mothers as well as the e-Locator apps to help locate details pertaining to marriage matters at the same event.

He said the premarital course attended by couples wanting to tie the knot did not cover much about life after marriage.

“The courses currently only revolve around things leading to the wedding but not much on life after marriage as well as the early challenges couples face, ’’ he added.

According to Amirudin, the state was sponsoring the incorporation of the necessary modules into the existing pre-marriage counselling programme.

“If we give them good training, it will help. We have the content and we are merging it with the relevant departments, ’’ said Amirudin.

Earlier in his speech, Amirudin said the fund was aimed at helping divorced mothers who were yet to receive maintenance from their ex-husbands.

“To receive the financial aid, the ex-wife must file a case against her former husband at the Syariah Court for execution and enforcement in seeking maintenance from him, ’’ explained Amirudin.

He said more women and children, who faced financial difficulty due to divorce, would be duly helped and must be present at the Syariah Court when required to demand for their rights.

The funds will be given for a duration of six months. 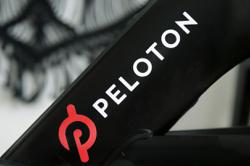