According to the Department of Environment’s (DOE) website, the API readings increased in Sri Aman and Kuching, with a level of 248 and 241, respectively.

Malaysian Meteorological Department (MetMalaysia) director-general Jailan Simon said the haze generally improved in the north and central Sarawak with most areas showing good visibility and moderate API due to rainfall in the morning.

The number of hotspots in southern Kalimantan, Indonesia has also reduced, he said when contacted by Bernama on Monday (Sept 9).

"However, the haze condition in western Sarawak (Kuching and Sri Aman) remain unchanged due to no rainfall in the area, while there are still fire spots in south Kalimantan and a weak southwest wind continues to bring haze to Sarawak,” he said.

He also advised the public to reduce outdoor activities, wear a mask, and drink plenty of water.

Latest information on the weather forecast can be accessed through the MetMalaysia website or the myCuaca app. - Bernama 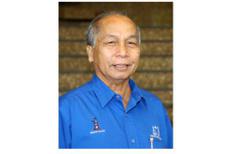