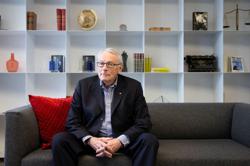 Batu Sapi MCA chairman Datuk Chew Kok Woh said some Sabahans are worried that the issuance of the PSS would eventually lead to an immediate path to citizenship.

“Yes, we need these foreigners in many industry sectors in Sabah, but giving out PSS might see genuine Sabahans losing out, ” he said.

He added that he hopes the government would make the process transparent to avoid any abuse of power and position by the approving authorities.

These PSS are expected to be issued to the over 600,000 people with the IMM13 (Immigration pass) issued to Filipino refugees who fled to Sabah in the 1970s, the Burung-Burung Card (issued by the state in the 1980s), and the cards issued under the Federal Special Task Force Banci (census) in the 1990s.

Quite a number of people have also taken to social media to voice their concern about the matter.

Some are saying this is not the proper way to tackle immigrant issues.

Others are accusing it of being a revival of the infamous “Project IC” in the 1980s-90s.

Project IC, also known as “Project M” for Tun Dr Mahathir Mohamad, who was also prime minister at the time, was allegedly aimed at altering the demographic pattern of Sabah to make it more favourable to the ruling government and certain political parties.

A Royal Commission of Inquiry (RCI) was formed in 2012, when Datuk Seri Najib Razak was premier, to look into the issue.

The RCI subsequently released a report in 2014 absolving the government and blaming “corrupt officials and syndicates” for creating the problem. 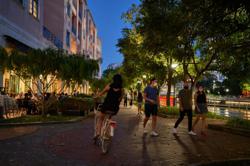