PETALING JAYA: Bukit Aman is still waiting on the decision and further instructions from the Attorney General's Chambers in connection with the investigation into alleged racially charged comments made by controversial speaker Dr Zakir Naik.

Bukit Aman CID director Comm Datuk Huzir Mohamed said on the case where Dr Zakir had alleged that Indians in Malaysia did not support the prime minister, Dr Zakir and a few others had been called up to have their statements recorded.

"The case is classified under Section 504 of the Penal Code for intentional insult with an intent to provoke a breach of the peace.

"We have forwarded the investigation papers to the AG's Chambers and we are waiting for further instructions," he said in a statement Monday (Sept 2).

It is also similar in the case where Dr Zakir allegedly asked the Chinese to leave Malaysia, he added.

"It is being investigated under the same section and we are waiting for further instructions from the AG's Chambers," Comm Huzir said.

Police are also investigating the statements made by five individuals who caused public distress and anger towards Dr Zakir.

"We have recorded the statements of a few people.

"We will forward the investigation papers to the AG's Chambers and we will wait for their decision," he said.

"We are still in the midst of investigating the matter and we also seized a few digital devices used by Koon when he made the statement," he said.

On another case, police have already recorded the statements of Dong Zong chairman Tan Tai Kim and its secretary-general Ng Chai Heng.

This is following police reports lodged over the group's statement that the introduction of Jawi writing in vernacular schools was a form of Islamisation.

"We will refer the investigation papers to the AG's Chambers soon," he said.

Comm Huzir said police will not hesitate to take action in accordance to the law on any individuals who try to disrupt the country's security and public order.

"We will take stern action against such individuals," he said. 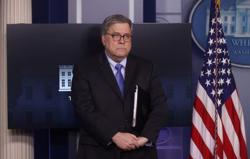