The new old friend: Mahmood pointing out to Rozaid the new features of the latest edition Proton Saga 1.3.

It is one of the nation’s largest and most diverse conglomerates, mainly involved in the automotive, services and properties sector.

DRB-Hicom head of group strategic communications Mahmood Abdul Razak said the group was very much a part of the fabric of Malaysia.

“Not just because we are a multi-industry corporation involved in automotive, banking and other national initiatives such as Modenas (Malaysian-made motorcyle and scooter), but also because the Proton Saga is an iconic car.

It is a car that represents Malaysia’s big industrial push back in the 80s, ” he said.

“It feels right to be part of #AnakAnakMalaysia.

“It is the car that made Malaysia mobile. 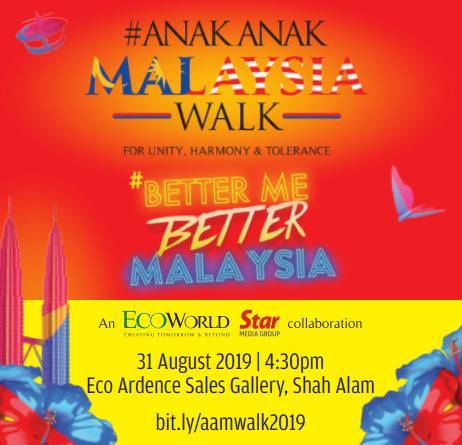 “I think for a lot of Malaysians in that era, their first car was a Proton Saga, ” he added.

Mahmood said the Proton Saga was chosen as the grand prize as the #AnakAnakMalaysia walk was an event aimed at bringing all Malaysians together.

Mahmood handed over the car to Star Media Group executive content officer Rozaid Abdul Rahman at a ceremony held at the DRB-Hicom headquarters in Glenmarie recently.

The original Proton has undergone upgrading over the years. In the latest version, buyers can expect much more in terms of features and performance.

One can link the Spotify music streaming service to the car for a seamless, personalised music experience.

For a car in the sub-RM40,000 segment, drivers could look forward to an impressive sound system, Mahmood said.

“You can also stream video, as long as your handbrake is up!” he said.

On Proton’s partnership with Geely, Mahmood said: “The unique thing about Proton and Geely is the sharing of technology.

“For instance, the brand of CVT we use in the gearbox is Punch, which is the same brand used by Geely for the gearbox in some of their cars in China.”

He added that Proton was optimistic about recapturing the mantle of being an iconic Malaysian brand and also pushing beyond to capture the Asean market.

The main sponsors for the event are Panasonic (silver sponsor) and DRB-HICOM (car sponsor).

The closing date is Aug 28. The #AnakAnak Malaysia Walk 2019 will be held on Aug 31, starting at 4.30pm at the Eco Ardence Sales Gallery, Persiaran Setia Alam in Setia Alam, Shah Alam.