PUTRAJAYA: Senior Cabinet ministers have denied that a Cabinet reshuffle was brought up by Prime Minister Tun Dr Mahathir Mohamad on Wednesday (Aug 21).

"The meeting between Dr Mahathir and ministers only discussed about government matters, nothing to do with that (Cabinet reshuffle).

"It was not brought up at all," said Lim at a joint press conference with Housing and Local Government Minister Zuraida Kamaruddin here.

Zuraida, when asked, also denied that a Cabinet reshuffle was discussed on Wednesday.

"This was never brought up," she said.

Speculation has been rife that Dr Mahathir is planning a reshuffle of his Cabinet, the first of its kind since Pakatan Harapan took over as government in May 2018. 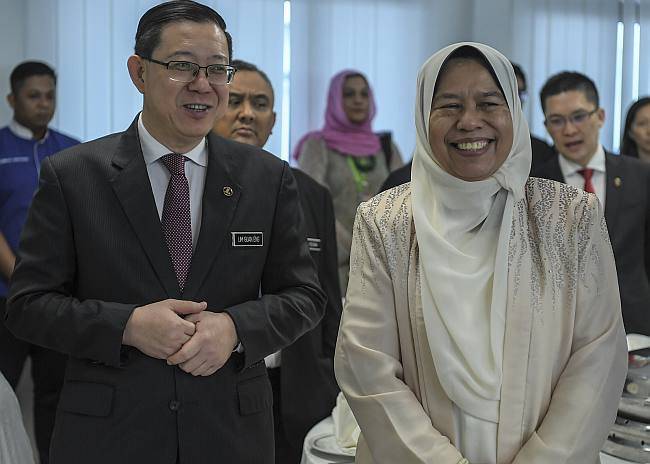 There is also talk that former International Trade and Industry Minister Datuk Seri Mustapa Mohamed, who has joined Bersatu, may be roped into the Cabinet in the reshuffle.

Lim, who is DAP secretary-general, also denied that his party had submitted a list of potential minister candidates for Dr Mahathir's consideration.

"This is not true. Members of the Cabinet have already been selected and it is there to stay, at least for DAP.

"We did not submit any new list of names," said Lim.

He added that any decision to reshuffle the Cabinet is the prerogative of the prime minister.