Water woes: Our discomfort during any water cuts should be enough to warn us of the even worse catastrophe in the looming resource crises to come.

Minister Dr Xavier Jayakumar added that despite that looming threat, Malaysia’s water industry is not yet equipped to effectively address the water shortage.

“However, it is difficult to meet this requirement as demand is outstripping supply,” he said.

Oh, and why is demand outstripping supply, I wonder?

In 2014, after the Selangor goآ­آ­vernment announced its free water policy in Selangor and the Klang Valley, I wrote: “Free water is popuآ­lism gone mad!”

As the minister and his department must surely know, the water crisis is by no means a new phenomenon.

The Selangor government carried out its populist free water policy at a time when the state and other parts of the country were already experiencing critical water shortage.

The justification for building the Selangor Dam in 1999 was the alarmist call that prevailing water sources would run out by 2007.

What Dr Xavier and all Malaysians must address is: What is the root cause of this critical problem? 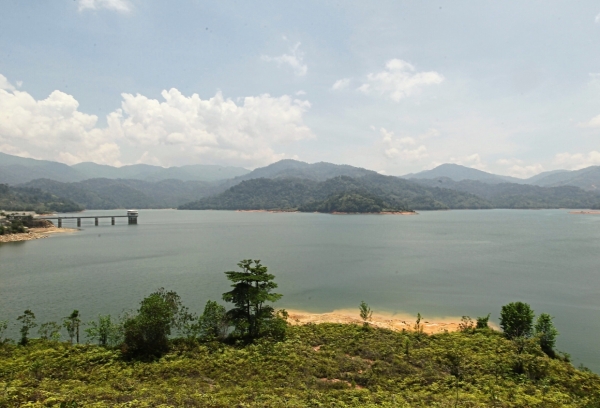 It is shockingly clear that poor analysis of the root cause in the past has led to serious environmental and socio-economic consequences.

As I warned in my 2014 article, free water is not like any other populist handout – there are dire consequences. The Orang Asli community at Kuala Kubu Baru had to sacrifice their traditional ancestral homes in 1999 for the Selangor river dam because it was considered necessary to meet the water demands of the Klang Valley.

We also lost one of Selangor’s most pristine white-water rafting sites that was internationally acclaimed as world-class.

Since then, taxpayers have had to bear the cost of the dam through indirect taxation.

The rising cost of living is but one result of uneconomic projects by the authorities – a burden we are paying for today.

Even if some Malaysians don’t care about the plight of the Orang Asli or the displacement of other indigenous peoples for dam projects, their own discomfort during any water shortages should be enough to warn them of the even worse catastrophe in the looming water crises to come.

We have been warned that future wars will be fought over this increasingly scarce resource.

When water tariffs are too low –never mind free! – consumers have no incentive to conserve water.

The evidence and statistics on the water consumption rate of Malaysians speak for themselves.

The current water shortage and looming water crisis brought about by population growth, deforestation of important watershed hills and erratic rain patterns should wake Malaysians up to the urgent need for water demand management. Lost beauty: When the Sungai Selangor Dam was built, it submerged many tourist sites including this picnic spot and a world-class white-water rafting site.

During the campaign by Save Our Sungai (SOS) Selangor against the dam in 1999, we stressed the urgent need for water demand management.

Water demand management includes targets set for per capita water use and reductions in non-revenue water.

Malaysia is blessed to be among the countries in the world with abundant rainwater, yet we are the worst squanderers of this natural resource. We have many times more water than most African countries and yet we are facing a water shortage crisis.

Malaysians are among the worst water wasters in the world, with a national average water consumption of 200 litres/capita/day when 20 to 30 litres of water per person per day is considered adequate for basic human needs.

Urban Malaysians are worse – they use more than 500 litres/capita/day.

Besides a reasonable tariff to discourage water wastage, a comprehensive water demand management policy would include changes to building by-laws, through subsidising the installation of water-saving devices in business and residential properties and through giving industry incentives to switch to water-efficient technologies, besides incentives to household consumers to conserve water. The government has admitted the fact that as much as 40% of piped water is lost through leakage and faulty metres.

It follows that if we could save this 40% of our water supply, recycle river water and have an effective water conservation programme, we would not need any more dams.

Mark my words, before long we will again be told that we need yet another dam to meet the water shortage.

In 2010, a study by the Association of Water and Energy Research Malaysia revealed that the country’s water industry lost nearly half of its total revenue of RM4bil, or RM1.7bil, to non-revenue water (NRW).

It said Selangor recorded the highest volume of NRW, losing nearly RM600mil in just one year.

Non-revenue water is water that has been treated but is lost through leaks, thefts or faults in metering before reaching the customer.

If other countries can rely on recycling river water for their water supply without resorting to building dams, is there any good reason why it cannot be done in this country?

In the light of an impending water crisis, why has an emergency plan for cleaning our rivers and recycling river water not been announced and widely publicised?

The current water stoppage in the Klang Valley is said to be caused by diesel pollution in water sources that lead to the treatment centres. This has been happening for decades now.

In 1999, when SOS Selangor met the ministry officials and showed them a map of the water sources in Selangor with illegal factories highlighted around these river tributaries, the officials were surprised at our map.

“By right, they shouldn’t be there!” they exclaimed.

That was in 1999 and these illegal factories had been operating in these “People Sensitive” zones for years! Shouldn’t the police and enforcement agencies and local authorities be hauled up to account by the Malaysian Anti-Corruption Commission?

If we are serious about attracting tourists and breaking out of the mould of a filthy developing country, it is surely time to clean up all our rivers and drains.

If we can build the world’s tallest twin towers, there is no reason why we cannot have the resources to clean up and recycle our river waters like they are doing in so many countries.

We have yet to see a serious water conservation campaign in this country – one which not only encourages household and industrial consumers to conserve but also provides imaginative fiscal incentives to conserve and utilise water efficiently without affecting productivity.

The same can be said for the lack of a serious energy conservation campaign.

Unless this is done, we will continue to experience the serious consequences of a wasteful attitude to water usage, the needless building of dams and now a new geologically questionable proposal to utilise groundwater just announced by the minister.

What we have witnessed in recent years is the wanton destruction of precious water catchments such as Bukit Sungai Putih Forest Reserve, to name just one example of official irresponsibility. It is an indication of the lack of an overall assessment of the forests, rivers and land resources in the state to determine sustainability.

“Even Drainage and Irrigation Department director-general Keizrul Abdullah concedes that no attempt has been made by the respective state governments to establish the capacity to supply water of each of the 150 river basins in the country. He says it is easy to work out the amount of water that can be extracted sustainably from each basin. As long as the state governments fail to consider the capacity of the river basin, there is no guarantee that adding new dams can solve water shortages.” (New Straits Times, Feb 2, 1999.)

Thus, without the need to construct any new dams, conservation measures alone have resulted in breathtaking savings in water and energy consumption while at the same time produced impressive growth figures.

When Malaysians start collecting our plentiful rainwater for their gardening and cleaning needs, only then will we be on our way to becoming environmentally conscious people and to have a sustainable lifestyle.

There must be a deterrent to anyone who wastes water, with a sliding scale of water tariffs to benefit those who are in the low-income bracket.

So, there’s no excuse for ignorance and there is no reason to blame the water shortage on climate change either.

When Suara Rakyat Malaysia (Suaram) was opposing the Sungai Selangor dam with some other NGO activists who now sit in the Selangor government, we already warned about the need for water demand management.

Populist politicians should bear in mind an old African saying: “Those who expect praise for the rain should also bear responsibility for the drought.”