Assuring availability and affordability of rice 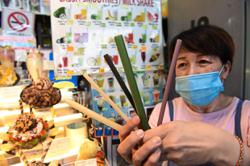 Single gatekeeping mechanism ensures the availability and affordability of rice in the market.

IT was near the Chinese New Year festivities when Siu Li went on her usual last-minute shopping for food and groceries at several hypermarkets, in order to celebrate with her small family and visitors for the week.

The menu included the usual – chicken, fish, dumplings, longevity noodles and rice cakes. Rice and rice-based products are among the first items Siu Li would buy.

As for other items, this elder sister of three has to haggle for the right price when buying any fresh raw product which, during this season, would have inflated in price.

This scenario is not a first for Siu Li, a 30-year-old executive. She has been going through the same experience for most of her life.

But does anyone wonder how rice – being such an essential item as the nation’s staple diet – manages to retain a steady price and availability even during times of high demand, such as during festive seasons?

Rice in this country has been solely guarded by the “Single Gatekeeping Mechanism” (SGM) over 45 years ago.

The gatekeeper works to ensure that rice is always available and affordable to people in the country.

On top of that, it must ensure that the padi and rice industry can sustain in the long run.

To do this, the farmer’s well-being must be taken care of, as they pro­duce about 70% of 2.7 million tonnes of rice for local consumption.

SGM was formulated back in 1974 as a result of a food crisis the year before.

In the 1973 catastrophe, a large scale El Nino sparked a rice shortage by sharply reducing crop production throughout South-East Asia, especially in Indonesia, Thailand and the Philippines.

While world rice production fell by 14 million tonnes, leading to a severe food shortage, the international price for rice grains shot up to 170%.

During that time, Malaysia imported only 10% of rice mainly from Pakistan, Thailand and the Philippines.

Under the Lembaga Padi dan Beras Negara (LPN) administration, which was established earlier in 1971, private millers were given the permit to import rice into the country. However, they refused to, due to the high cost. 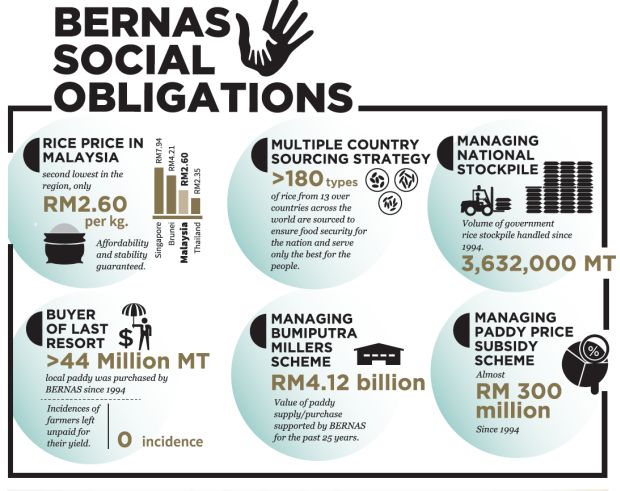 Following the incident, the government placed a control on rice imports and entrusted LPN to be the sole guardian of the country’s rice sector – this was the implementation of the SGM.

Under the SGM, LPN will have to import rice regardless of international price volatility and complement the shortage of local production, then about 10% short of being fully self-sufficient.

LPN, which at a time was powered by up to 5,000 workers, managed to overcome several food crises along the road – especially in the late 80s via the SGM.

It is however fully funded by the government and had consumed around RM55mil of public funds per annum or a total of RM1.26bil from 1971 to 1994, based on its financial report.

As such, a new sustainable formula and model is needed in order to nourish the staple food supply and consumption.

Corporatisation of LPN to Bernas

This led to the emergence of Padiberas Nasional Berhad (Bernas) in 1994. The company has since assumed the role of taking care of post-harvest rice management and guaranteeing national food security via the same SGM.

After being privatised in 1996, Bernas was similarly tested by a rice shortage incident.

In 2008, dry crop exporting countries such as India and Vietnam placed a ban on their white rice exports, which led to panic-buying from the consuming market.

While the global price for rice shot up by 217%, Malaysian domestic rice prices remained stable with only a 30% increase. No rice shortage was reported, preventing the 1971 crisis from reoccurring.

However, in absorbing the shock, the result was far from favourable for Bernas, as it incurred a loss of more than RM128mil that year due to forced rice imports.

Simultaneously, while ensuring rice that is accessible at affordable prices at all times, Bernas also has to look out for the padi farmer’s well-being, as every grain of rice comes from the sweat of their brow.

As a result, whenever there is an excessive supply of padi, Bernas, as the buyer of last resort (BOLR), has a fiduciary duty to clean up the surplus. This assures that all local harvests have a ready market at a guaranteed price tag.

BOLR is crucial, especially when the international price of rice is low, which occurs several times in the padi and rice industry.

An instance is in 2001, when the international price of rice slumped to RM617 per tonne, triggering massive rice smuggling activities. This led to a local rice market glut as many rice millers reduced their purchase.

The government then set a guaranteed minimum price for padi at RM1,200 per tonne in 2014.

On top of that, Bernas also assists the government to distribute padi subsidies to local farmers while spearheading the Bumiputra Rice Millers Programme. 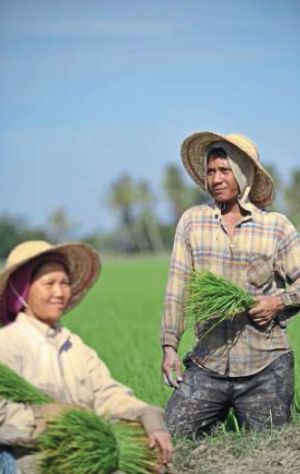 Both are corporate responsibility to ensure the sustainability of the growers, as well as the commodity in general.

After 25 years, Bernas today operates 28 mills from a total of about 180 across the country, with normal annual purchases of about 500,000 tonnes of local harvest.

Bernas managing director Ismail Mohamed Yusoff described that such a pertinent role needs to be maintained in order to safeguard both the consumer and supplier market of this staple food.

“It needs to keep going as this rice reaches every single Malaysian, every day,” Ismail said.

“Now we can still enjoy 1kg of rice at RM2.60, the second lowest in the region. Meanwhile, farmers’ future would also be guaranteed as under BOLR, none of their yields should be ignored,” he added.

As for Siu Li, she just hopes that rice would not be one of her “difficult items” in her grocery list in the future.

Instead, perhaps other necessities may find its own formula so the supply of such products could be stable and affordable for the rakyat. 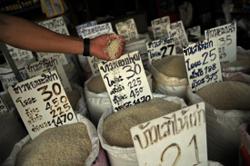 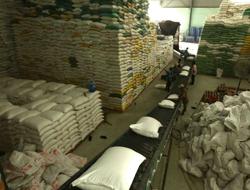