THE Public Accounts Committee (PAC) will table its findings on the “missing” RM19.4bil Goods and Services Tax (GST) credit refunds in Parliament on July 16.

PAC chairman Datuk Dr Noraini Ahmad said the report on the findings had been unanimously approved by its 13 members.

“All PAC members, from the Government and Opposition, unanimously agreed on the report especially on its conclusion and recommendations involving the GST credit refund worth RM19.4bil,” she said in a statement.

Last August, the Dewan Rakyat was told by Finance Minister Lim Guan Eng that the Barisan Nasional-led government had not been able to refund companies their tax credit from GST because 93% of the money had not been placed in the correct account.

“PAC also received three briefings from the National Audit Department as well as input from the Attorney General’s Chamber and seven mi­­nis­tries and agencies.” 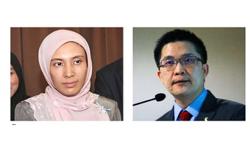