Yes! It’s all right to rotan the kids 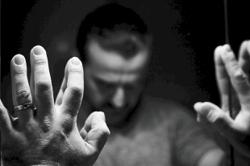 PETALING JAYA: The Asian tradition of physically disciplining children appears to run deep among Malaysian parents with 81% of them having resorted to such punishment.

A survey by international agency YouGov found that these Malaysian parents certainly do not spare the rod, so to speak.

In fact, some of them also believe that physical punishment should be allowed in schools.

The findings, which was just released, polled 619 parents who stated that physical punishment was necessary in cases of stealing (63%), bullying (54%) and violence (51%).

Indeed, the rotan is always a hot potato topic.

Just last month, a video clip made the rounds on social media, showing a woman, believed to be the mother of a secondary school student, questioning a teacher for caning her daughter.

The matter has been since been resolved but not before a police report lodged and a closed-door meeting held at the Johor Education Department’s district office on June 27 among the “protagonists” of the case.

“The question of whether a child should be subject to corporal punishment is one that tends to spark debate.

“While it appears most Malaysian parents are comfortable with physically disciplining their children at home, they have split opinions as to whether this should be carried out by schools,” said Gammon.

Those who use corporal punishment at home are more likely to be in favour of it being carried out in schools.

The YouGov survey found that 47% out of the 619 Malaysian parents agreed that physical punishment should be allowed in school, but one in five (20%) believe that it shouldn’t. The rest were undecided on the issue.

According to the poll, fathers are more in favour of schools carrying out physical punishment compared to mothers (58% versus 36%).

Overall, the survey found that one in six (17%) parents never physically punish their children.

The findings also showed that 85% of Malaysian parents polled were subjected to corporal punishment while growing up.

Data also showed that those who grew up being physically punished were “far more likely” to conduct the same punishment on their own offspring.

While it is not illegal for parents to physically discipline their children in Malaysia, one in five polled believe that this should be the case.

About 24% of them even believe that physical punishment were tantamount to child abuse.

The survey found that overall, 73% of parents however still think that physical punishment is sometimes necessary. 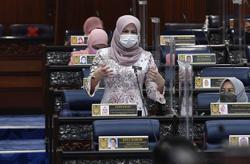