JOHOR BARU: Idham Wazir A. Wahab, a father of five, is upset, claiming the government has not made any progress since the first chemical pollution case in Pasir Gudang in March.

His frustration reached a boiling point while attending a townhall session between the Energy, Science, Technology, Environment, and Climate Change Minister Yeo Bee Yin and industry players in Pasir Gudang at Menara Aqabah on Monday.

It was a closed door meeting but Idham Wazir managed to sneak in. His outburst at the townhall was recorded and went viral on social media.

The one minute and 28 seconds video showed him shouting to the participants of the townhall.

The 49-year-old former engineer said he became infuriated after the stakeholders attending the townhall debated who should spend money to ensure the safety of the people in Pasir Gudang. 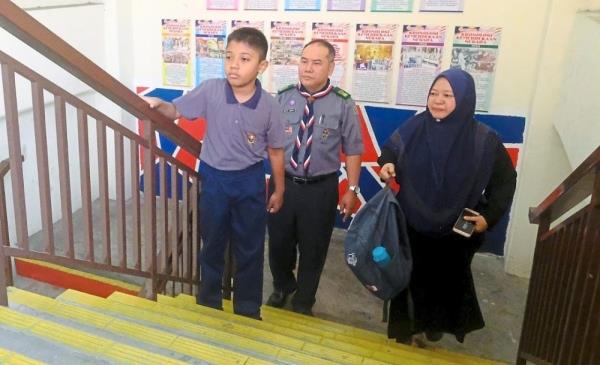 “I was really angry because I have spent thousands for my child’s medical treatment and yet they (government and industries) still have the time to argue,” he said.

Idham Wazir is the father to Irfan Wafiy Idham Wazir, 12, one of the victims of the first chemical pollution incident in Sungai Kim Kim, Pasir Gudang.

The father claimed Irfan Wafiy could not walk or stand properly following the pollution.

“No other family or kids should go through what I have gone through with my son. Now I have to go back and forth to Kuala Lumpur because there is no specialist in Johor Baru that can attend to his (Irfan Wafiy) condition,” he added.

He quit his engineering job to take care of his son after he was admitted for 10 days at Hospital Sultan Ismail (HSI) due to the chemical fumes from Sungai Kim Kim.

Idham Wazir said it would not hurt the industry to be shut down for one month for proper investigations to be conducted.