NIEUWEGEIN, NETHERLANDS (AFP):  International investigators said Wednesday (June 19) that they were issuing arrest warrants for three Russians and one Ukrainian suspect over the downing of Malaysian Airlines flight MH17 in 2014.

The suspects may be tried in absentia, however, as the Netherlands has said Russia has not cooperated with the investigation and is not expected to hand over anyone charged.

The Dutch-led international team tasked with assigning criminal responsibility for the plane's destruction is to inform victims' families of their progress on Wednesday morning, followed by a media presentation.

Moscow has said it does not trust the investigation.

"Russia was unable to take part in the investigation despite expressing an interest right from the start and trying to join it", Kremlin spokesman Dmitry Peskov told reporters on Wednesday.

MH17 was shot out of the sky on July 17, 2014, over territory held by pro-Russian separatists in eastern Ukraine as it was flying from Amsterdam to the Malaysian capital Kuala Lumpur. Everyone on board was killed.

Most of the victims were Dutch. A joint investigation team formed in 2014 by Australia, Belgium, Malaysia, the Netherlands and Ukraine found that the plane was shot down by a Russian missile. - AFP 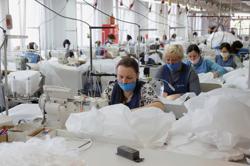 Number of coronavirus cases at Dutch meatpacking plant jumps to 147 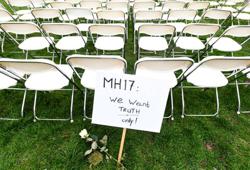