PETALING JAYA: A group of Orang Asli has filed a report with the Malaysian Anti-Corruption Commission (MACC) in Temerloh over allegations of illegal mining in Kuala Koh.

The Pahang Orang Asli Village Network and Sustainable Development Network Malaysia stated that they visited the Kampung Kuala Koh Orang Asli and found that the mining activities are harming the environment.

"We visited the village and found that the mining activities do not follow the safety and health regulations and do not care for the environment. The impact of the ground work pollutes the water sources.

"We want Temerloh MACC to investigate the illegal activities in the mines that could have led to the tragedy of the Orang Asli in Kampung Kuala Koh.

"These investigations must be in line with United Nations conventions that care for indigenous people," the statement issued by the NGOs read.

On Sunday (June 9), Deputy Water, Land and Natural Resources Minister Tengku Zulpuri Shah Raja Puji said that the government will close down the mine that is believed to have put the lives of the Bateq people at risk.

The Bateq community in Kuala Koh have been in the news due to 14 alleged deaths in the last month, allegedly due to contaminated water from the illegal mining near their water sources.

Two of the deaths have been confirmed to be due to pneumonia, while authorities are now working with the community to find the 12 graves in the jungle and exhume the bodies for a post mortem.

Tengku Zulpuri revealed that the operators were mining manganese in Aring, Kuala Koh, illegally as their licence from the federal government had expired in 2017.

“They have a mining licence from the state, but they need both licences to continue operations,” he said. 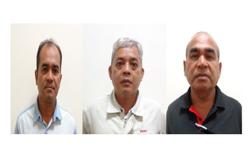