PETALING JAYA: While Malay­sians are preparing to return to the cities after the Hari Raya break and school holidays, the heavy thunderstorms and rain may make for less-than-ideal conditions for travellers on the road.

According to the myCuaca app by the Malaysian Meteorological Department, Kuala Lumpur is forecast to have no rain on Friday, but will have thunderstorms on Saturday and Sunday.

Places such as Penang, Muar and Ipoh are expected to face thunderstorms from Friday all through the weekend, with temperatures between 24°C and 34°C.

Other locations like Kota Baru, Kuala Terengganu and Seremban are forecast to have drier weather, though they may face the occasional thunderstorms.

In Sabah, places like Kota Kinabalu, Sandakan and Lahad Datu are expected to have isolated rain over the next few days.

Certain areas in Sarawak, such as Kuching, Miri and Sibu are forecast to face isolated rain and thunderstorms over the weekend.

As such, road safety cannot be compromised, especially as traffic on major highways and roads is expected to swell to high volumes during the Hari Raya season. 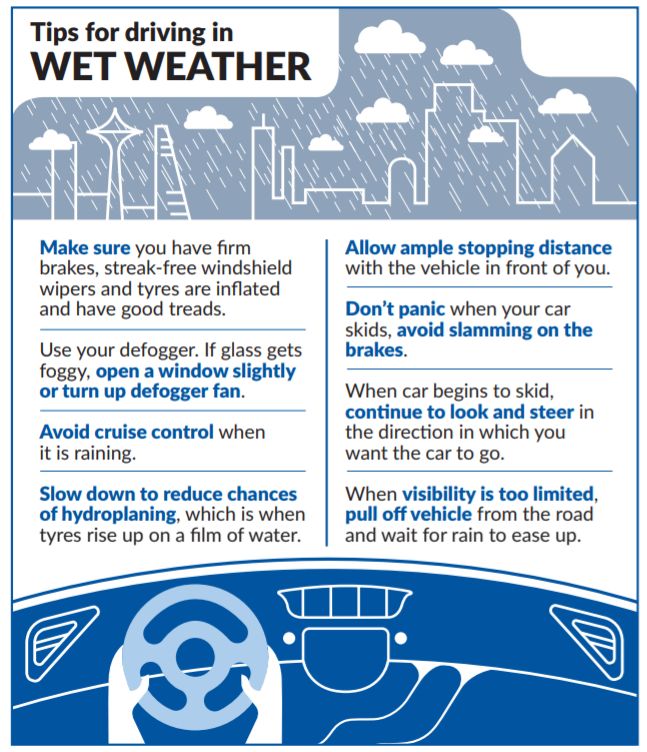 Based on records, the police found the number of accidents rose when there is rain.

This is because the rain can lead to limited visibility and the wet surface of roads can reduce the grip of car tyres.

He said the second phase of Ops Selamat 15 started yesterday.

“Based on crash statistics from the Royal Malaysia Police, the causes of road accidents are similar to those during the non-festive season.

“However, during the festive season, we can see a high number of road accidents occurring on federal roads and involving head-on crashes,” she said.

She said the majority of traffic collisions in the country were due to human fault (80%), conditions of the road and its environment (13%) and vehicle defect (7%).

Dr Siti Zaharah urged travellers to remain vigilant when on the road by ensuring their vehicles were properly maintained and serviced, and use seatbelts and traffic signals.

She also cautioned road users of the dangers of microsleep, which is a brief episode of sleep that usually occurs when one is tired but still wants to keep awake.

According to Miros research in 2011, she said about 54% of drivers studied admitted to have at least once been involved in a road accident after drifting off to sleep.

The study also showed that 61% of drivers reported that they almost got into an accident because they were sleepy.

“If you feel that you are losing focus while driving, it is better to stop and rest in a safe area as soon as possible,” she said, adding that a power nap of between 10 minutes and 20 minutes would be optimal.

The Road Transport Depart­ment (JPJ) is also encouraging members of the public to send complaints via WhatsApp to clamp down on traffic offences, especially during the Raya holidays.

Passengers can take photos or videos of errant road users and lodge their complaints via What­sapp to 013-449 8997.

JPJ director-general Datuk Seri Shaharuddin Khalid on June 3 was reported as saying that his department had already issued more than 200 notices based on WhatsApp complaints for its Hari Raya operation beginning May 29.