The 61-year-old began his duties in civil service on June 6, 1982, and joined the MPSP as assistant director of Valuation and Property Management on Feb 1, 1990.

He then became the MPSP’s director of Valuation and Property Management on Jan 16, 2002, and served as MPSP secretary on March 1, 2011.

Rozali retired on Aug 14 last year, but was reappointed to lead the local authority. His term will expire on Dec 31 this year.

Another front-runner for the mayor post is present MPSP secretary Rosnani Mahmod.

“We know that the state is trying to empower women, and if that’s the case, then she’s the best choice in my opinion,” said one MPSP councillor who declined to be named.

Rosnani joined the council in 1991 as a contract engineer. Since then, she has helmed the Engineering Department and the Urban Services Department as its director.

Although the duo are probably the favourites on paper, the possibility of a qualified person from the Penang island being picked for the post should not be ruled, said the councillor.

On Sunday, Housing and Local Government Minister Zuraida Kamaruddin announced that the MPSP would be upgraded to city council status after Hari Raya.

She said the Cabinet approved the application last week and that the paperwork would take about two weeks to complete .

The application to elevate MPSP to city council began in July 2018 as the MPSP as a local authority had fulfilled all criteria, such as a population exceeding 500,000 and a revenue of RM100mil.

The MPSP covers an administration area of 747.8sq km and is the largest municipality in the country with a population of 946,200.

With MPSP attaining city council status soon, Penang will become the only state in Malaysia to obtain full-fledged city status. 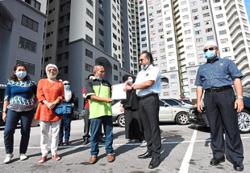 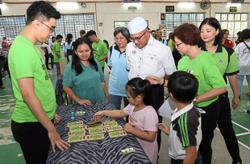