PETALING JAYA: It took years of hard work and discipline but for these successful Malaysians, repaying their study loans topped their list of priorities.Datuk Abdul Latiff Abdullah, former chairman of shipping company Mitsui OSK Lines Malaysia, said he would not have been able to finish his studies without a loan from Majlis Amanah Rakyat (Mara).

He enrolled in the University of Wales in 1980 with just RM7,000 to his name, which he had pooled from his job at the Malaysian Inter­national Shipping Corporation Bhd.

“It was not enough to pay for my accommodation, books or study fees. I worked in the library to earn money but I just couldn’t survive.

“I asked the Malay­sian students’ department to help me arrange for a loan. Luckily, Mara was there to help.

“I received a loan of £7,500. The exchange rate then was RM6.13 to a pound sterling,” said Abdul Latiff, who graduated in 1981 with a Master of Science in Marine Law and Policy.

After returning to Malaysia, he went to a Mara office to inquire about how to repay his loan.

“The officer laughed at me and said people didn’t usually volunteer to pay back their loans,” he recalled.

The former chairman of Penang Port Sdn Bhd said it took 10 years to pay off the loan, but he was consistent with his monthly repayments.

On National Higher Education Fund Corporation (PTPTN) loan defaulters, he said the people’s lackadaisical attitude in paying their debts should never be condoned.

“They should be grateful that an institution helped them and be responsible enough to pay back the money owed,” he said.

Writer Hanim Hamdan, 34, shared how she managed to pay back her PTPTN loan of RM19,500 within just five years of working.

She obtained the loan after enrolling in a bachelor’s degree prog­ramme in journalism at Uni­versiti Teknologi Mara in 2005.

“In 2008, I got a job right after my internship. Even with my small salary as a rookie journalist, I was eager to repay the study loan.“I had benefited from it and by repaying it, others would have a chance at education.

“It became my mission to pay off my loan before buying a car. I took every mode of public transportation available,” said Hanim.

She always paid more than the compulsory amount required based on a progressive 120-month repayment schedule PTPTN sent her.

“I didn’t feel like it was a burden,” said Hanim, who continued repaying her loan until the government announced a 20% discount for PTPTN borrowers who repaid in full.“I pooled my savings and made the full payment in January 2013 with substantial savings on interest.” 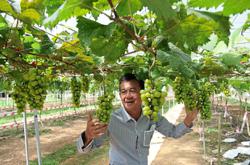