PETALING JAYA: Four out of 10 teens in Malaysia have suicidal thoughts when they face problems. They tend to turn to social media to find solace, reveals a study on youths’ cyber wellness.

Suriana Welfare Society chairman James Nayagam said the study showed many of these teens, aged between 14 to 18 years old, felt they have no one to turn to except social media to chat and find solace.

“Despite their attempts to reach out and get help, none of the distress messages posted by them online were taken seriously until it is too late,” he said.

Nayagam added this was because many people are untrained and unaware of the repercussions of such messages posted on social media.

He said following the findings, Suriana has organised cyber wellness programmes among college and university students, their parents and lecturers.

The society is a non-governmental organisation formed to look and protect the interest of children.

He said the study – based on group discussions, meetings and real case studies – also revealed only one in 10 teenagers talked to their parents when they encountered problems.

It was found 80% of girls would rather confide their problems to friends, he added.

Nayagam said Suriana is working with the Women, Family and Community Development Ministry to organise more of such awareness programmes on a larger scale.

He said the organisation is also pushing for the government to run interactive websites to reach out to these troubled youths as many of them are connected on the Internet.

It was reported that the National Health and Morbidity Survey (NHMS) 2017, conducted by the Health Ministry’s Institute for Public Health, found that the state of mental health among Malaysian adolescents had reached a worrying state.

The survey on students’ problems found that 50% of 120,420 students faced personal problems that included exam stress, while 29% faced family problems. 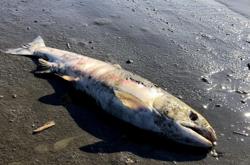