Dr Wan Azizah, who is no longer a practicing opthalmologist, said if the doctors could not handle such patients, the nurses would have to handle them.

"The nurses made my life so much easier when I was serving as a houseman.

"That is why I came to honour the nurses today," she said when opening the International Nurses Day celebration at Malaysia Agro Exposition Park Serdang (MAEPS) on Sunday (May 12).

About 3,000 nurses from all over Malaysia, except Sabah, participated in the event organised by the Malaysian Nurses Association (MNA).

The Sabah Nurses Association is not an affiliate of MNA.

This year's Tokoh Jururawat recipients were Perak-born octogenarian Boey Swee Kam (for her achievement in education) and Sarawakian Emmalice Jaboh (for her sterling service).

Dr Wan Azizah said she would not have been able to perform her job to the best of her ability without the assistance of the skilful nurses.

"In fact, when I was a doctor, I always considered nurses as my right hand, especially during surgeries and consultations," she said.

Recalling her experience, Dr Wan Azizah said the doctors would be under tremendous pressure during surgeries but the nurses were good at giving the right tools.

She also noted that the Health Ministry's initiative to promote healthy lifestyle by banning smoking at eateries backfired.

"But when we ban smoking at eateries, there was hue and cry.

"One must take care of their own health," she said.

She called on the public to eat healthy food, exercise regularly, and rest well.

She also advised the public to refrain from smoking, drinking liquor and taking illicit drugs.

Health Minister Datuk Seri Dr Dzulkefly Ahmad said there were 3,500 nurses waiting to be employed, but there was vacancy for only 980 posts.

He said the ministry would start filling up the vacancies beginning Monday.

More than 2,000 nurses would be offered jobs in stages on contract basis to overcome shortage in the sector.

Dr Dzulkefly said the ministry had obtained an allocation of RM281mil for employment of contract workers, including nurses.

He acknowledged that Malaysia had yet to meet the 1:200 nurse to population ratio recommended by the World Health Organisation.

"We are going to hire more nurses to address the shortage," he said.

Health director-general Datuk Dr Noor Hisham Abdullah said the Malaysian public healthcare sector had been acknowledged as among the best in the world, as it could provide high impact medical care at a reasonable cost. 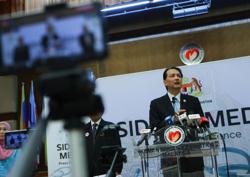 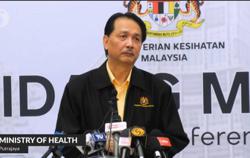