PETALING JAYA: Malaysia has recovered 1MDB assets worth US$322mil (RM1.3bil) since investigation began in May last year, with the United States having returned funds of over US$57mil (RM236.5mil).

Attorney General Tommy Thomas said the returned sum was the first instalment of funds recovered from asset seizures related to 1MDB carried out under the Kleptocracy Asset Recovery Initiative of the US Depart­ment of Justice (DOJ).

The sum, he said, was transferred to the 1MDB asset recovery account, a segregated trust account opened specifically for this purpose.

This, he said, arose from a US$60mil (RM248.9mil) settlement recorded before the Court of California, with a deduction of about US$3mil (RM12.4mil) made to reimburse costs incurred by the DOJ and the Federal Bureau of Investigation (FBI) in investigating, seizing, litigating and securing settlement for the Red Granite funds.

Also included in this deduction were the costs incurred by the DOJ and FBI in investigating, seizing and maintaining the superyacht Equani­mity for nine months, he added. 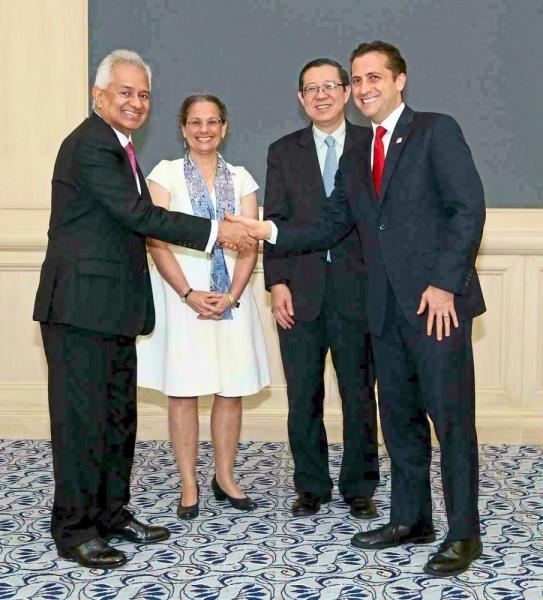 The DOJ, said Thomas, was in the process of remitting a further sum of US$139mil (RM576.5mil), the result of the sale of Jho Low’s interest in Park Lane Hotel in Manhattan.

All costs incurred by the DOJ and FBI in investigating, seizing, litigating and securing settlement for the Park Lane asset would be deducted from this settlement sum, and the balance expected to be credited into the 1MDB asset recovery account soon, he said.

Thomas said another sum of S$50mil (RM152mil) in funds traceable to 1MDB had been ordered by the Singapore Courts to be repatriated, adding that S$15mil (RM45.5mil) was credited into the 1MDB asset reco­very account between September last year and March this year, to be followed by the balance of S$35mil (RM106mil) shortly.

“Such recovery could not be achieved without the assistance and excellent cooperation that the Malaysian authorities enjoy with our counterparts in the US and Singapore.

“We express our gratitude to them. The 1MDB asset recovery efforts across the globe are still ongoing and Malaysia is optimistic of recovering further monies in the coming months,” said Thomas in a statement yesterday.

The DOJ had announced that out of the US$4.5bil (RM18.6bil) wrongfully diverted from 1MDB, the value of assets that the DOJ was seeking to forfeit through its numerous civil forfeiture complaints filed from 2016 to 2019 was estimated to be about US$1.7bil (RM7bil).