The DAP man said the PAC should investigate the viability of the fund's operation before the case is taken up by the Malaysian Anti-Corruption Commission (MACC).

“Two weeks ago, I was given this interim report on Amanah Saham Sarawak dated Feb 8, 2019.

“The fund has lost RM4.3mil in the last six months, and most of these losses were due to ludicrous management fees,” he said when debating the motion of thanks for Yang di-Pertua Negeri Tun Abdul Taib Mahmud's address at the State Legislative Assembly here Monday (May 6).

He said there are 62,361 unit holders holding a total of more than 457 million Amanah Saham Sarawak units. Each unit is guaranteed a par value of RM1 by the Sarawak government.

He told the House that it was set up in 1993 with the aim of providing opportunities for Sarawak bumiputras to enter the mainstream cash and equity economy collectively.

“And I believe most unit holders are from rural Dayak communities where cash compensation for the compulsory acquisition of NCR land was channelled to Amanah Saham Sarawak for a long-term ‘growth and income fund',” he said.

However, Dr Ting said as of Dec 31, 2018, the net asset value for one unit of Amanah Saham Sarawak was a mere 2.9 sen and the Sarawak government was liable for the balance of 97.1 sen for each unit as guarantor.

The net asset of Amanah Saham Sarawak dropped by 62% in 2018, from RM35mil to RM13mil, with most of the assets in cash or bank deposits or non-trading stocks, he said.

He said Sarawakians entrusted their government to manage state resources and the successive Barisan Nasional/ Gabungan Parti Sarawak governments had performed poorly in the past 55 years.

“In Amanah Saham Sarawak, the real monies of Sarawak bumiputra unit holders and the Sarawak government have virtually disappeared in front of their eyes,” he said, adding that the total asset of the fund was now only RM31.8mil (80% in cash).

Dr Ting said it was also interesting to note that Amanah Saham Sarawak had a current liability of more than RM18mil to the fund manager as at Dec 31, 2018, and it was inconceivable that the fund would be making a profit again.

“So Amanah Saham Sarawak paid an extra of RM6.66mil to the fund manager for doing nothing. Why?

“If five of the most qualified persons in Sarawak sitting on the board of directors at Amanah Saham Sarawak, who are mainly from Parti Pesaka Bumiputera Bersatu (PBB) if not all, are not able to safeguard our assets, how can Sarawakians expect GPS to preserve our resources and to protect our rights as Anak Sarawak?” he added. – Bernama
Article type: metered
User Type: anonymous web
User Status:
Campaign ID: 18
Cxense type: free
User access status: 3 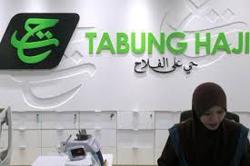