‘Recognise those who help others’

PETALING JAYA: It is time to give more recognition to Malaysians whose selfless acts bring about positive change to others, says social activist Tan Sri Lee Lam Thye.

“Volunteerism comes from a caring heart and I believe there are many people out there who care enough and will go the extra mile to extend a helping hand.

“Even if they don’t expect any rewards for their noble deeds, credit should be given where it is due to inspire others to make the same commitment for the greater good of a harmonious society,” he said during the official launch of Star Golden Hearts Award 2019 in Menara Star yesterday.

Lee said Star Media Group, supported by Yayasan Gamuda, had been recognising these unsung heroes since 2015.

Now into its fifth year, Lee will once again lead a panel of judges to search for the 10 best individuals or organisations that are committed to helping the needy and underprivileged. 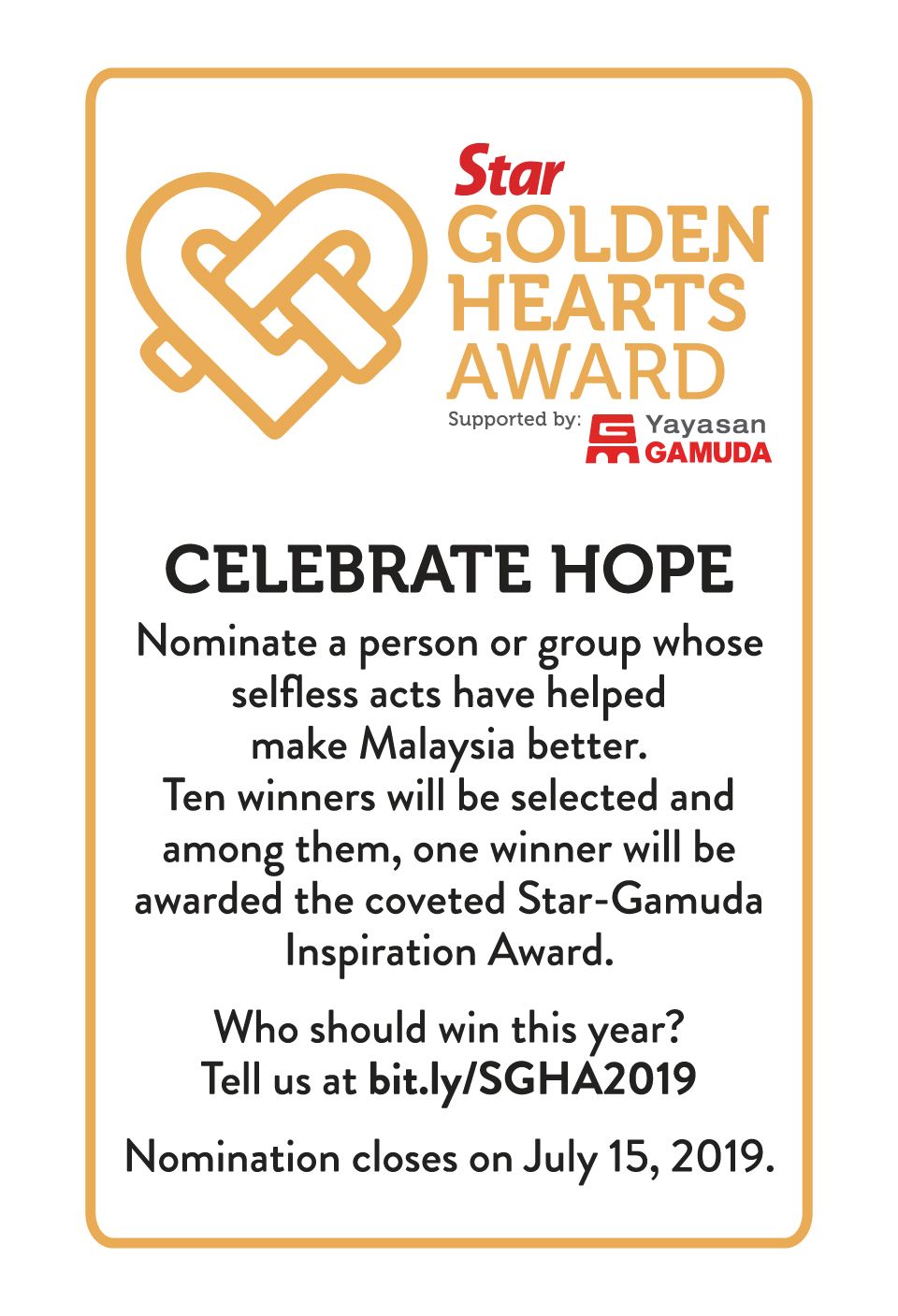 “They should be fully committed, such as addressing the issue of poverty and helping to bring about mutual understanding among all the diverse races in our plural country,” he said.

“This year’s nominees should also be able to influence and inspire others, so more will do the same for the betterment of the people.”

Syed Azmi, who is also a past award winner, said he was honoured to be part of the panel.

“I won’t be able to nominate (other people) like I have been doing in the past but I am looking forward to seeing more individuals or organisations be inspired to continue their selfless work and support each other,” he said.

Che Asmah said she hoped to see more nominees that were creative and transparent in their endeavours to ensure that their efforts to help others were sustainable and bring positive effects to target groups.

Star Golden Hearts Award aims to honour those who have dedicated their time and efforts to helping the underprivileged.

The public can now nominate candidates for the award at bit.ly/SGHA2019 until July 15.

Nominations are open to Malaysian individuals or groups, who carry out selfless acts or long-term initiatives to help others, irrespective of race, religion or background.

Past winners include non-profit social enterprise UmieAktif which equips underprivileged women with sewing skills and Barefoot Mercy which provides electricity and education support to improve the quality of life in rural Sarawak.

Star Golden Hearts Award is among some of the key initiatives by Star Foundation, the group’s charitable arm.