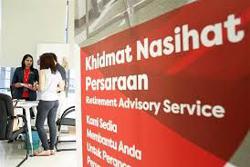 KUALA LUMPUR (Bernama): The prospect of going into business after retirement may seem appealing to many people as it will keep them gainfully occupied.

However, financial consultant Shamsuddin Abdul Kadir is concerned over the increasing number of retirees who, in their enthusiasm to have their own business, end up as victims of fraudulent syndicates which lure them with attractive business proposals and returns.

Speaking during a recent Islamic finance workshop here, organised by the Institute of Islamic Understanding Malaysia (Ikim), he said it worried him that more and more retirees were being drawn to the entrepreneurial world and into investing their retirement savings.

“I’ve been in the field of financial consulting for 19 years now and I've found that retirees were at high risk of becoming victims of get-rich-quick syndicates.

“These syndicates target people who have just retired as they would have their gratuity payments or EPF (Employees Provident Fund) savings with them,” he told Bernama.

Earlier, while speaking to the 90 participants who attended the workshop, Shamsuddin shared the experience of Amir Ridzuan (not his real name), a retired private-sector engineer who lost his retirement savings totalling RM2mil to a scammer.

A man who had befriended Amir on social media and identified himself as a business agent proposed to Amir that he start a chicken farm.

Amir was told that it would be a profitable venture as the agent could procure chickens for him at a low cost.

“Amir only realised he had been cheated when he was not able to contact the agent for several months but by then, all his savings were gone.

“He is now forced to work again as a salaried employee as he has to meet his living expenses, as well as settle a RM100,000 personal loan he had taken for the so-called business venture,” said Shamsuddin.

Besides making the mistake of handing over a huge sum of money to a person he did not know well, Amir's eagerness to become a successful entrepreneur within a short period of time was also to be blamed for his loss, he added.

He said Amir had no prior experience in business and was not skilled in the intricacies of conducting transactions. Neither was he familiar with the necessity of having a proper strategy or plan in order to run a business, thus making him an easy target for the agents of unscrupulous syndicates.

“Going into business immediately after retirement is a gamble for any person who has no prior experience in business undertakings.

“It’s a big mistake for a person to want to get involved in business just because he or she may have attended a brief course on (how to start a) business as they are not aware of the harsh realities of the business world,” said Shamsuddin, adding that most of the people who fall for investment scams were salaried employees.

He also urged the government to revamp the courses and workshops that were currently being conducted for staff nearing retirement.

Government agencies, he pointed out, were fond of conducting retirement courses that incorporate entrepreneurship modules but he felt that they were not suitable for the participants who have about one to five years to retire.

“Retirement is not the time to start a business. If a person really wants to go into business, he or she should start one before turning 45,” Shamsuddin suggested.

He said many retirement courses, whether organised by private companies or other organisations, also have the tendency to incorporate a module on loan offers by selected government agencies that provide capital to prospective retirees who wish to start a business.

By right, he pointed out, such courses should focus on modules that teach the participants financial management and how to prepare for their golden years.

He himself has been approached by organisers to come up with a module on entrepreneurship for one- or two-day courses for prospective retirees but he usually turns them down.

“It is just not suitable for them (retirees) as it exposes them to get-rich-quick scams due to their lack of experience in business,” he added.

Meanwhile, Credit Counselling and Debt Management Agency general manager Nor Fazleen Zakaria said individuals who wished to invest their money should check with the relevant experts, or authorities like Bank Negara Malaysia or the Securities Commission of Malaysia before they part with their money.

She said the public should be made aware that only banks, insurance and takaful companies, and money services business providers, were licensed by Bank Negara to provide financial services in Malaysia.

“Retirees must understand that their savings may not be as big as they think it is as they have to take into consideration eventualities such as those pertaining to their medical or emergency needs.

“This is why one has to be very careful when spending their retirement funds,” she added. – Bernama 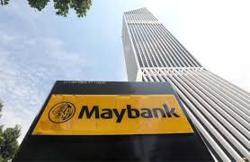