‘Pass the message down the line’

Sowing support: A government emphasis on agricultural issues is crucial in rallying support among the rural folk, particularly within the Felda bloc.

KUALA LUMPUR: From the meeting room of former finance minister Tun Daim Zainuddin’s office on the 60th floor of Menara Ilham in the city centre, the skyline of the capital is breathtaking.

It is a metaphor of how far the city has come and the changes it has undergone over the decades since independence.

Perched among the highest pinnacles of Kuala Lumpur, Daim from his office does have a bird’s eye view of the developments that have been taking place since a huge change to the political fabric of the country took place on May 9 last year.

Swept into power on voter discontentment, Pakatan Harapan has a fresh canvas with which to paint its legacy on Malaysia. Sweeping changes have been articulated but the grouses have grown.

Is it because the public does not appreciate the difficulties ahead for the new coalition in righting past wrongs? Is the cost of living rearing its problematic head again?

Perception and politics go hand in glove, and in this case, Daim, whose oversight and experience is important in dealing with all things politics and business, feels more explanation is needed.

And the responsibility of communicating to the public must not just start and stop with Prime Minister Tun Dr Mahathir Mohamad.

“Everyone relies on the Prime Minister to explain but the rest of the government doesn’t know how to explain,” he tells The Star in an interview on Friday.

“It should be a collective responsibility of the Cabinet. Everybody must go down and explain but that is where the failure is. It is the failure of communication.”

Daim, who was appointed by Dr Mahathir to head the five-member Council of Eminent Persons to help the new government after the 14th General Election, does know what he is talking about.

Prior to the last general election, his reading of sentiments on the ground proved to be eerily correct and since Pakatan won, he continued with his fact-finding by traversing different parts of the country.

“Every Sunday I go down. Today is Kedah. Last Sunday, it was Perak. Before that was Johor. In between, I was in Sabah and I have been to almost all states. The feedback is that the government is not keeping its promises about the manifesto,” he said.

“What I don’t understand is why the ministers have not gone to the ground to explain that they prepared the manifesto relying on the past government figures and statistics at that time,” he says.

The promises in the manifesto will be fulfilled, he assured Malaysians, but it will take time.

Daim says the new ministers need to use all at their disposal, primarily their staff, to engage in better communication.

“They must make use of their press secretaries, their personal team and private secretaries. This is the core team that goes back to the public. This is what we are doing and they are not doing,” he says.

Delivering on the promises of the manifesto will be delayed as Pakatan found the country’s treasury empty after assuming power.

“We need time to build up the treasury so that we have more money. We will fulfil (the promises of the manifesto). The only thing we apologise for is the delay. It can be done,” he said.

Another issue has been the appointment of non-Malays to positions of power and heading corporations. This, too, he feels, needs to be explained to the masses and, in Daim’s estimation, it is just about who can get the job done.

“Now we put the Chinese, non-Muslims as chairmen. My view is very simple. It is about who can deliver. To me, it doesn’t matter. If an orang asli can deliver, orang asli-lah. It doesn’t matter. We are all Malaysians. We are trying to do this for everybody, and we have done nothing wrong. The problem is the messaging has not gone down.”

Daim also blames the friction on the ground on plain old politics and vested interests.

“It is unfortunate that those who supported Pakatan before this supported for change, which is good.

“Those who are vocal now have got their interests and when they found that they were not given positions, they started to attack the government. So in the end, you see, attitude has not changed,” he says.

Those attacks are seen as personal and not altruistic, and are not what the new government is opened to, he feels.

“We welcome criticism but it must be based on facts and solid argument. This has become personal.”

The state of flux within Malaysia has stemmed from a confluence of factors. The trial of former prime minister Datuk Seri Najib Razak is stirring the pot and racial politics seems to have reared its head again.

With the biggest trial in the country’s history starting on Wednesday, Daim understands the confusion people have in dealing with such prosecutions. In the past, cases were railroaded through but this time, the delay is confusing some.

“For a long time, people, especially rural people, expected that if the government said a person was guilty, he would be charged immediately and convicted. Now, there is a feeling something is wrong because of the long delay.

“They think that in the past they were together and now they are completely separated. The judge should take judicial notice that the rakyat want this case to be heard.

“If it (the charges) is not true, he (Najib) gets acquitted. If he did something wrong, then he gets a conviction.

“Right now, the stakes are high. This is the highest-profile case in the history of Malaysia. Interna­tionally, people are watching this case,” he says.

Tackling the issue of cost of living is also paramount for Daim and he has pointed the problem to the middlemen.

His checks reveal that much of the profits along the supply chain ends up in the pockets of the middlemen, and this is where the ministers and their officials have to conduct their own checks and solve the issue of price increases.

Also, in the distributive trade like markets, foreigners seem to be in control and locals are absent.

“I don’t care who manages. I want the price to come down,” he says.

Daim wants ministries and government agencies to be more involved to bring down prices of food and there is a lot to be done on that front.

The focus should be on the rural areas and that is where the government agencies can do more to help, he says.

Focusing on agriculture is also important in adding new revenue streams for the rural folk, more so in the vote bank that is known as the Felda bloc.

There are 54 parliamentary seats that are influenced by the Felda settlers and they have long been, along with Sabah and Sarawak, the fixed deposit of Barisan Nasional.

That nexus was largely broken in the past general election but unhinging the Felda bloc, Sabah and with enough seats in Sarawak.

Fulfiling the manifesto promises is important to the Felda settlers, a message that was conveyed to Daim in his meetings with the representatives of those voters.

Apart from making good on the manifesto promises, helping them would be done by zeroing in on agriculture.

He says there has been the planting of cash crops and cattle is reared and fish is farmed within the Felda settlements.

“I was in Johor two weeks ago and met with the peladang. There are 110,000 members. They have got cattle-farming, chickens, pineapples, fruits and they are doing well.

“This must be highlighted.”

Felda settlers and smallholders have also been hit by the low price of palm oil but tackling that needs the help of experienced officials and also a new grouping by the large producing countries.

“The price of palm oil has come down but this is not something new. It involves market forces and I have been through this many times. It is how you handle it,” he says.

Daim notes that civil servants have a wealth of knowledge in how they have solved problems of the past concerning such issues but as a country, Malaysia should look to group with other palm oil-producing nations.

“Today, the biggest buyers are India, the European Union and China.

“They are clients so we have to go and talk to them nicely.

“But Malaysia on its own cannot solve this problem. We must talk to Indonesia, the Philippines and Thailand and approach this as a grouping.” 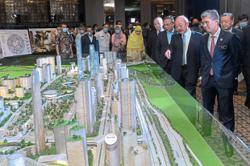 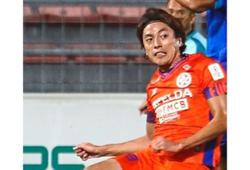