PETALING JAYA: Datuk Syed Mohd Hasrin Tengku Hussin @ Syed Hussin has been appointed the new permanent representative of Malaysia to the United Nations in New York, the United States (US).

In a statement, the Foreign Ministry said Syed Mohd Hasrin received his letter of appointment earlier on Thursday (March 28) at Wisma Putra.

The role was previously helmed by Datuk Muhammad Shahrul Ikram Yaakob, who is now the Foreign Ministry secretary-general.

"He obtained a Bachelor’s Degree in political science from the University of Arizona and a master’s degree in public management from National University of Singapore," the statement read.

The Ministry said Syed Mohd Hasrin began his career as an administrative and diplomatic officer in 1994 and served in the US, United Arab Emirates and Indonesia.

It added he was also the Undersecretary of the South-East Asia Division in 2014.

It said his last held position was Ambassador of Malaysia to the United Arab Emirates. 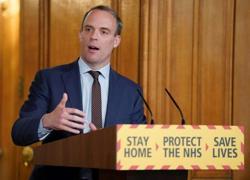