KOTA KINABALU: Sabah will designate March 31 from next year to hold Pesta Kalimaran – an annual cultural festival for the ethnic Murut community.

The cultural and arts festival, which also marks special ceremonies to ward off misfortune for the community, is usually held in the month of March but the state government has decided to fix a date for the annual event, says Deputy Chief Minister Datuk Christina Liew.

“March 31 will be the official celebration date for Pesta Kalimaran as a recognition of its significance as a cultural event,” Liew, who is state Tourism, Culture and Environment Minister, said.

Speaking at the launch of the 16th Pesta Kalimaran at the Sabah Murut Cultural Centre in Tenom, Liew agreed with local leaders such as State Infrastructure Development Minister Datuk Peter Anthony that there was a need to fix a date for the Kalimaran Festival.

“The date for Pesta Kalimaran would be incorporated into the Sabah Tourism Board’s calendar of events,” she said.

Earlier, Peter said that the dates for the Kalimaran Festival had changed every year since the event began in 2003.

But with a fixed date, the festival would continue to be held as a permanent event to showcase the culture of the Murut people, he said. 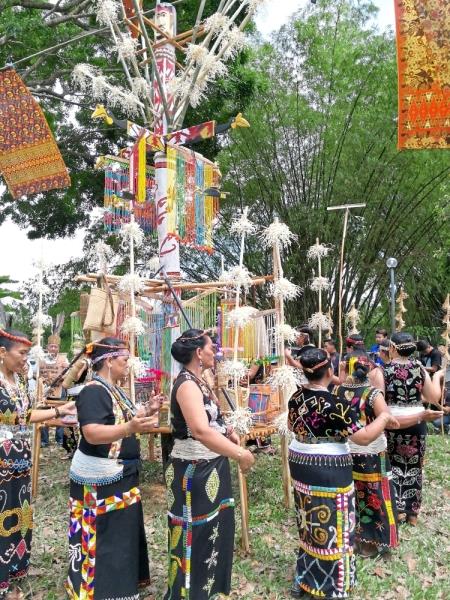 Steeped in tradition: Murut women performing a dance around a totem as part of a ritual to welcome guests for the 16th Pesta Kalimaran in Tenom.

Liew also said steps would be taken by the government to improve the Sabah Murut Cultural Centre building to ensure it remained a cultural attraction for tourists.

Liew, who arrived in Tenom after taking a train ride from Kota Kinabalu, said the ride through the Padas river gorge was scenic and had the potential for tourism development once the railway tracks were upgraded. 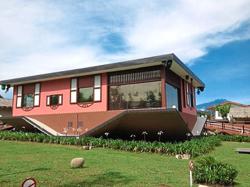