Maher Zain Malaysia Tour secretariat, in a statement on Thursday (March 14), said the cancellation was inevitable as it was their responsibility to ensure the safety of fans, the crew and also the singer.

"We pray for the safety of the victims and their families who are affected by this disaster. As the concert organiser, we share the disappointment with all of Maher's fans over this cancellation and will work with the ticketing agent to ensure speedy refund for all tickets purchased," it said.

According to the statement, patrons who purchased tickets from the physical counter or office would have to submit scanned copy of the tickets along with bank details to suhailah@myeventsinternational.com before March 30.

"For tickets purchased from TixMalaysia, the refund will be credited to their credit card before March 30. Both refund processes will take 14 working days or alternatively, fans can choose to exchange the ticket to one of Maher Zain Malaysia Tour locations (Penang or Sabah) by emailing to maherzain@tixmalaysia.com," it said.

The organiser has ensured that the two shows in Penang and Sabah will go on as planned. – Bernama 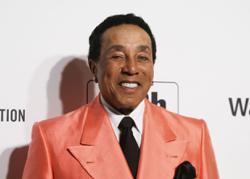