The couple registered their marriage, pictures of which Sin Chew Daily posted on its Facebook page on Monday (March 11).

The registration was witnessed by the parents of the bride and groom.

Yeo, who was all smiles, donned a high-necked, sleeveless white dress with dainty accessories and carried a bouquet of pastel flowers while Lee looked dapper in a royal blue suit.

They will hold a wedding reception on March 29 at Le Meridien Putrajaya.

Talk of the 36-year-old Yeo getting hitched has been floating on social media since early February when a Chinese daily quoted an unnamed friend of her family as saying that the wedding would be held at the end of March. 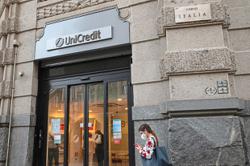