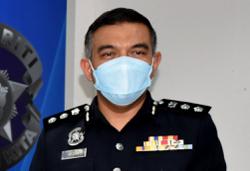 Endangered species: The fishermen showing the ﻿sebarau they﻿ caught at Muda Lake﻿.

ALOR SETAR: Seven spearfishing buffs showed how Ulu Muda’s resources were being exploited when they returned with a catch of threatened species.

The group returned from a two-night trip to the Muda Lake in Gubir with two crates of speared sebarau (hampala barb) and kelah (red masheer) fishes just as state officials and Malaysian Nature Society volunteers were launching the Ulu Muda Scientific Expedition at the jetty.

Both the species are on the threatened species list of the International Union for Conservation of Nature (IUCN).

“We went spearfishing,” one of them said as they were spotted returning to the jetty.

Strict laws apply to the spearfishing licences in Malaysia because spearguns shoot projectiles with lethal force.

While it is not known if the men had broken any law, one of the species – the kelah – is protected.

The sole fishmonger at the jetty said the spearfishers did not sell their catch to him.

“Only fishermen who are part of our association sell fish to me, which becomes food for our village.

“Those spearfishers are not part of us and will likely sell their catch to the restaurants where they get better prices,” said the fishmonger, who did not wish to be named.

His shop only had three mid-sized live haruan (common snakeheads) when The Star visited.

Kedah MNS secretary Phang Fatt Khow said besides unrestrained fishing, the lake’s fisheries were being threatened by the introduction of tilapia fish.

He said the invasive species from Africa was introduced decades ago to boost local fishermen’s catch but its ability to breed much faster ended up upsetting the lake’s ecosystem. 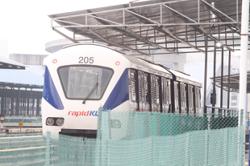