After Turkey-gate, Patriot says police must reform and rectify image

It said that the respected image of the force, being the lead enforcement agency, has been tainted and public confidence towards it shaken.

"Despite their strong reservations over the establishment of IPCMC, it appears that there have been no positive steps taken by the PDRM top management to enhance the level of professionalism and integrity of the force," he said in a statement on Saturday (Feb 23).

While Patriot welcomed the establishment of the IPCMC, it said this should be carried out along with another 124 proposals made by the Royal Commission to Enhance the Operations and Management of PDRM.

The proposals include such areas as personnel welfare, working environment, pay and allowances and others.

"The establishment of IPCMC is just one of these 124 proposals. Yet the public is keener to push for this single proposal. This may have something to do with their level of confidence in the PDRM, and they cannot be blamed for this.

"Patriot agrees with and welcomes the establishment of IPCMC. But we also believe that it should only be carried out along with the implementation of the other 124 proposals," said Zulkifli.

He said the top leadership of the police force should take stock of the current situation and take the necessary measures to address issues that adversely affected their image.

This, he said, ranged from improving the level of professionalism and integrity, training, technical and logistical support to legal protection and welfare of personnel and leadership.

"The image of PDRM has taken a serious battering following a few recent incidents that cast doubt over the integrity of its senior officers in particular and the force as a whole.

Whistleblower site Sarawak Report reported that Inspector-General of Police Tan Sri Mohamad Fuzi Harun and 17 other senior police officers went on a lavish trip to Turkey which cost over RM300,000.

Following the expose, Home Minister Tan Sri Muhyiddin Yassin said he approved the trip sponsored by the Malaysia Totalisator Board.

Exclusive: Russian hiring of Syrians to fight in Libya accelerated in May, sources say 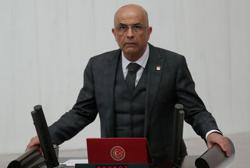