GEORGE TOWN: The stretch of clan jetties along Weld Quay turned into a hive of festivity as thousands of Hokkien Taoists converged to pay homage to the Jade Emperor at Chew Jetty.

The annual affair, now into its 112th year, saw devotees gathered along a 35m-long altar at the entrance to the jetty for a mass Thnee Kong Seh (Jade Emperor’s Birthday) celebration.

At midnight, fireworks lit up the sky.

The prayer ceremony, known as Bai Tian Gong in Mandarin, is celebrated with much grandeur in George Town every year.

It serves to give thanks to the Jade Emperor, who in folklore is the divinity that rescued the ancestors of the Hokkiens from the clutches of an invading army. 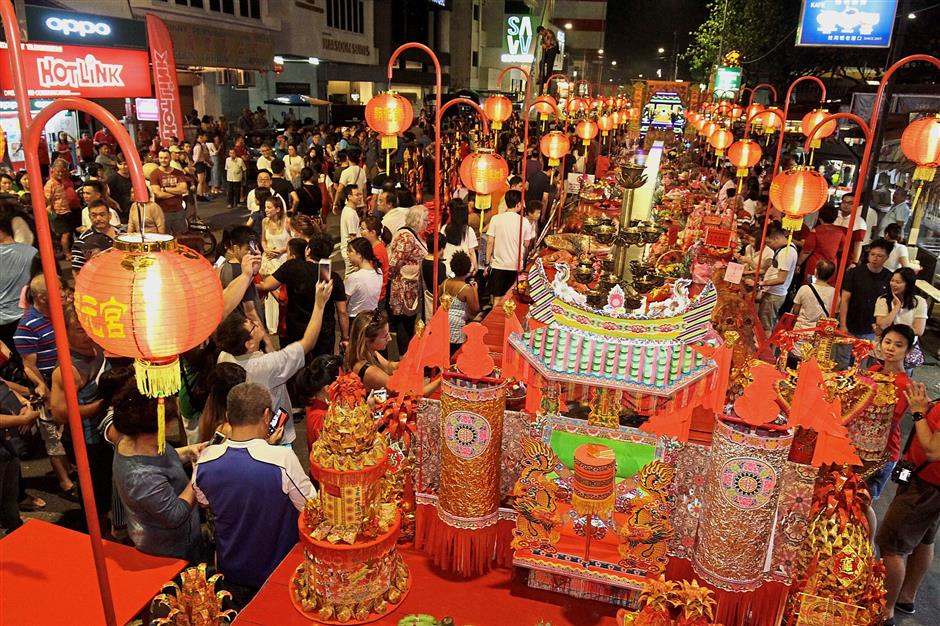 Legend has it that Hokkiens from the Fujian province in China survived prosecution from Sung Dynasty soldiers by hiding in a sugarcane plantation on Chinese New Year Day for nine consecutive days.

Hokkiens have since then celebrated Chinese New Year on the ninth day of the New Lunar Year.

Meanwhile at Thnee Kong Tnuah (Jade Emperor Pavilion) in Air Itam, the 150-year-old temple was swarming with devotees for the celebration.

The crowd had started coming since morning.

Among them was tuition teacher Lee Beng Hock, 56, who prayed for his students.

“I hope they are blessed with good health to study well and achieve their life ambitions.

“While doing well in their studies is important, being healthy will ensure a brighter future ahead,” he said.