Families of detainees in Cambodia hoping for their release

KUCHING: Families of the Sarawakians detained in Cambodia are hoping for their release as quickly as possible.

Marsita Mohammad said she did not know her daughter Nur Ridwana Syahzani Hamddie, 21, had gone to work in Cambodia when the news came that she had been arrested.

"She told me she was going to work in Kuala Lumpur. She left sometime in October with friends.

"On Jan 31, the embassy called me and told me that my daughter had been arrested for alleged online gambling.

"I didn't know what to do. I hope the state government can help to bring her back as quickly as possible," Marsita told a press conference called by family members of some of the detainees here on Sunday (Feb 10). 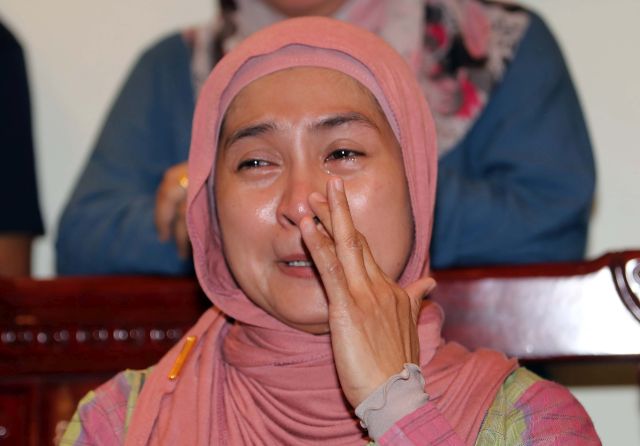 Nur Ridwana Syahzani is one of 47 Malaysians, including 44 Sarawakians, arrested in Poi Pet, Cambodia, on Dec 11. They are believed to have gone to Cambodia after being promised high-paying jobs that did not materialise.

Their detention was confirmed by Wisma Putra on Thursday (Dec 7) after Julau MP Larry Sng brought up their plight earlier the same day.

Julie Lala Jubang found out that her daughter Brenda Weltinnie Winston was detained when she received a call from someone in Kuala Lumpur.

"Brenda told me she would be working in Kuala Lumpur for three months. I asked her when she would come back and she said she did not know yet because she still had work to do and that she was fine.

"The last time I heard of her was on Dec 28 when her friend Eviana called me. Eviana said to me, 'Aunty, don't worry. I'm with Brenda here. We are fine, please look after yourself'," Evelyn said.

Christine Cathereen, the sister of Eviana Nazreen Sadin, said the family learnt of her plight from Evelyn.

"I pray that she is well and can be released soon," she said.

Bring them home, plead families of Malaysians detained in Cambodia

Efforts being made to bring home 47 detainees quickly and safely from Cambodia, says Foreign Minister